A Weekend of Wine Tasting in McLaren Vale

It came as a real surprise. And a reminder not to pre-judge anything.

The McLaren Vale region of South Australia is well-known for its wines and for its rolling countryside.

Yet it’s funny how your perception of a place can be distorted.

My impression was that today the region would be dominated by large wineries, much like its big cousin the Barossa Valley has.

Wine-making goes back to the early days of South Australia and McLaren Vale was opened up to farming in 1839, initially for wheat and grazing but a year later grape vines had been planted.

They started to dominate the area as word spread of the quality of conditions. Rich soil and a climate tempered by the breezes from the ocean.

It was pioneers such as Dr Alexander C. Kelly, George Manning, John Reynell and Thomas Hardy, among others, who initially saw the future of the area.

In 1880 just two vignerons were listed in McLaren Vale, by 1921 there were 45 and today the region boasts about 80 cellar doors that visitors to the area can explore.

The wineries offer as much diversity as the scenery, while the region’s fine produce is served on everything from simple platters to degustation menus.

That is the secret – everything is so convenient and there is such depth to the wineries and food outlets.

Now an extension of suburbia, it is so close to the city and sea. 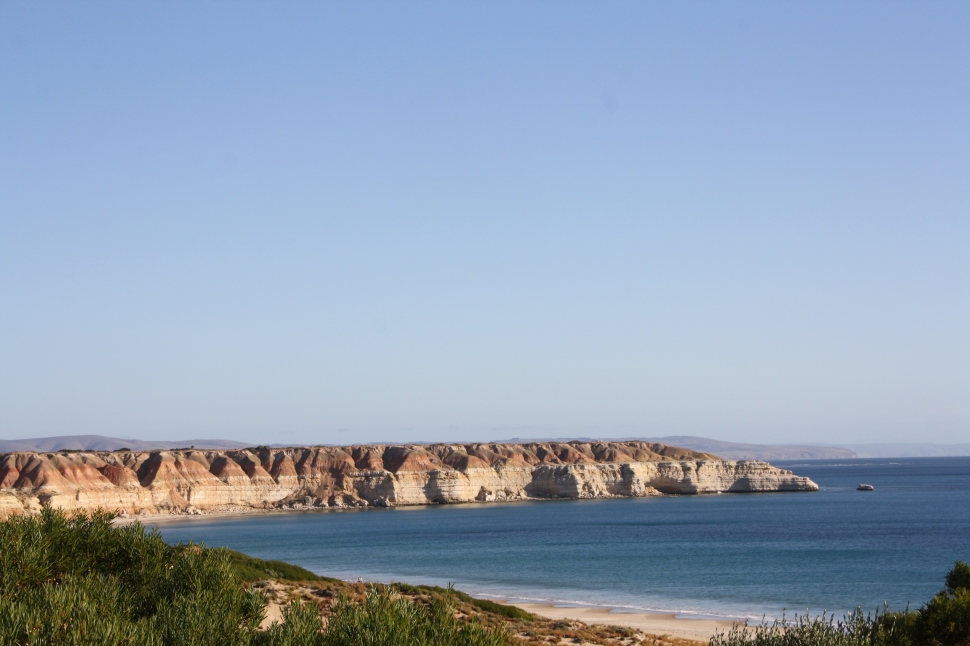 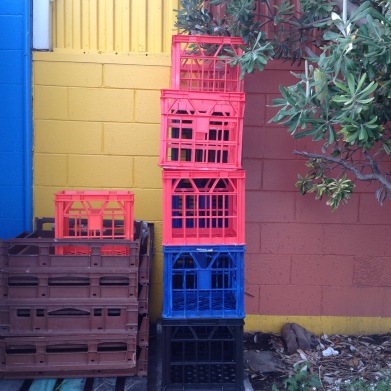 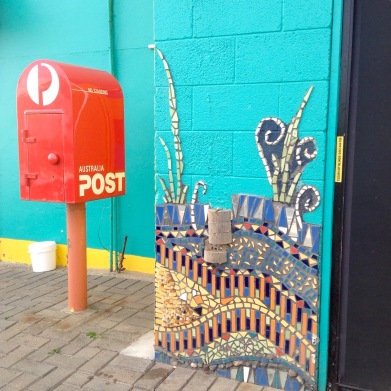 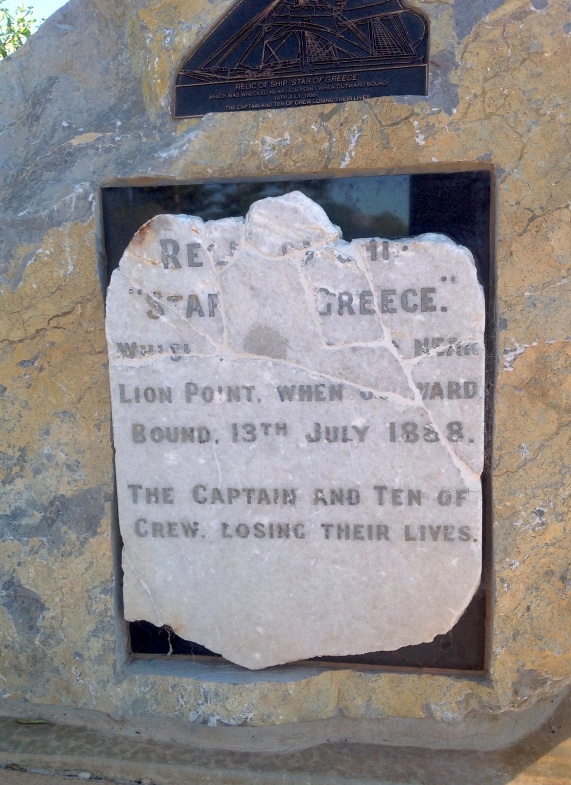 An easy 40km to the south of Adelaide, McLaren Vale is the quieter cousin of the Barossa Valley that is a similar distance north of South Australia’s capital city.

There is even a magnificent bike trail that takes you to the heart of The Vale. For much of the way it follows the former railway line to Willunga – it’s wide, sealed and well marked. 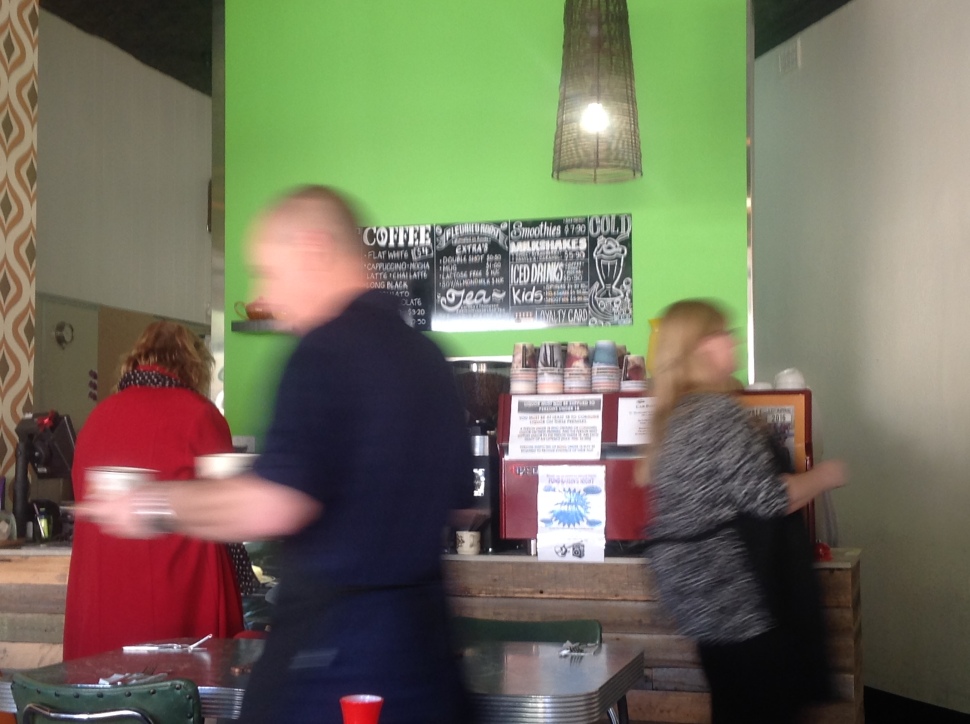 Adelaide is a place where you can taste the famous Penfold’s Grange Hermitage at a private room in the Magill Winery now surrounded by housing subdivisions at the foot of the Mount Lofty Ranges.

Then drive down to McLaren Vale for a few days to explore the region, leave the city behind you. 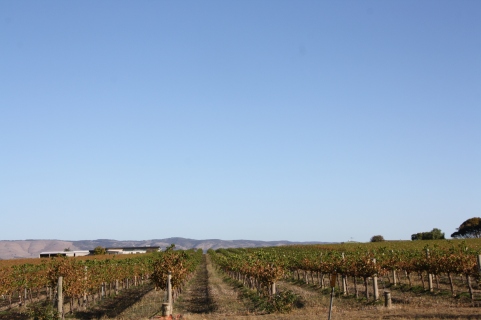 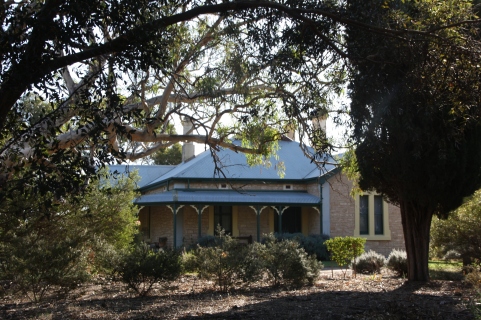 The beauty of the area is it encourages you to turn off the main roads and discover places that suit your own taste.

McLaren Vale is well placed for a longer drive to explore the wider Fleurieu Peninsula that stretches to Victor Harbor and to Goolwa, home of the Coorong that is the setting for the Storm Boy novel and movie.

The Vale also plays host to two stages of Australia’s grand cycling event the Tour Down Under that finishes at Willunga.

Cape Jervis is the departure point for the ferry to Kangaroo Island. And you are never far from the waters of St Vincents Gulf with its beaches such as Sellicks, Aldinga, Maslins, Moana and Port Noarlunga.

Yet the names in The Vale itself just jump out at you from the pages of a wine guide – Tatachilla, d’Arenburg, Hardys Wines and Wirra Wirra. 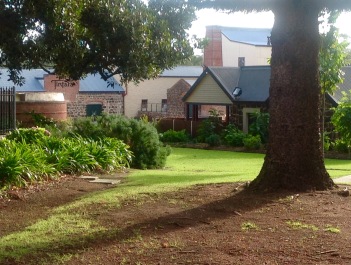 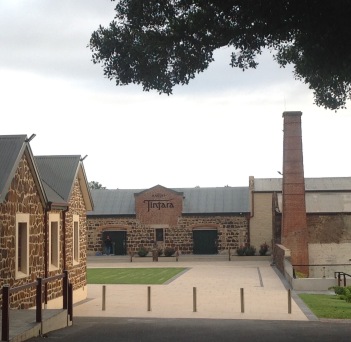 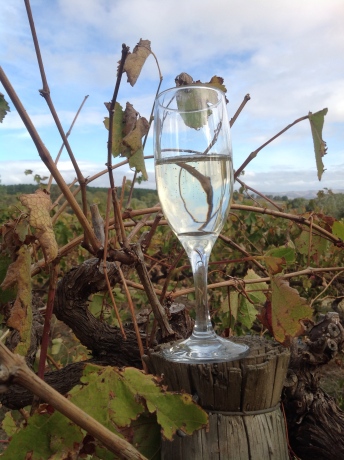 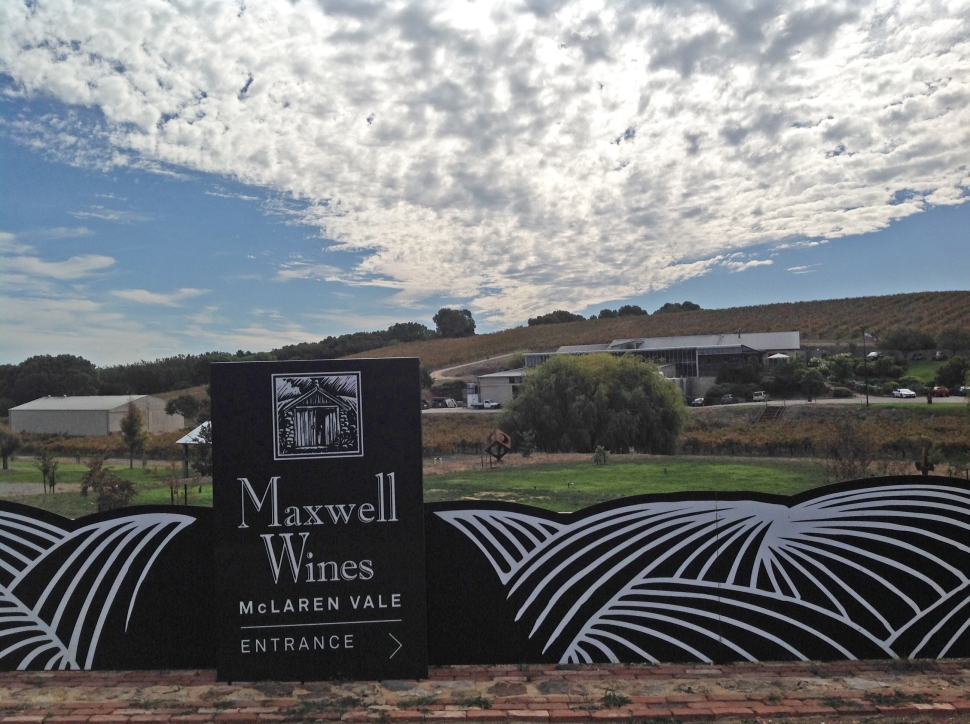 The magic ingredient is that small wineries, many new names, are mixed in alongside the long-standing labels.

You have such brands as the amazingly-named Alpha Box and Dice, Mollydooker Wines, Chalk Hill, Coriole, Penny’s Hill, Mitolo and the unmissable Battle of Bosworth. 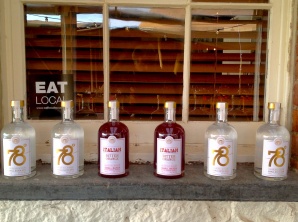 I don’t know how many wineries there would be in South Australia … 1000 or more at a guess … in areas that include Clare Valley, Magill, Eden Valley, and the limestone areas of Padtheway and the Coonawarra.

Then you have the emerging craft beers and ciders. 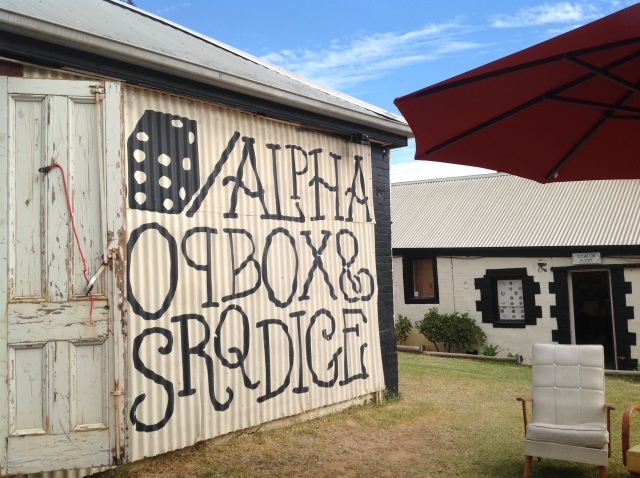 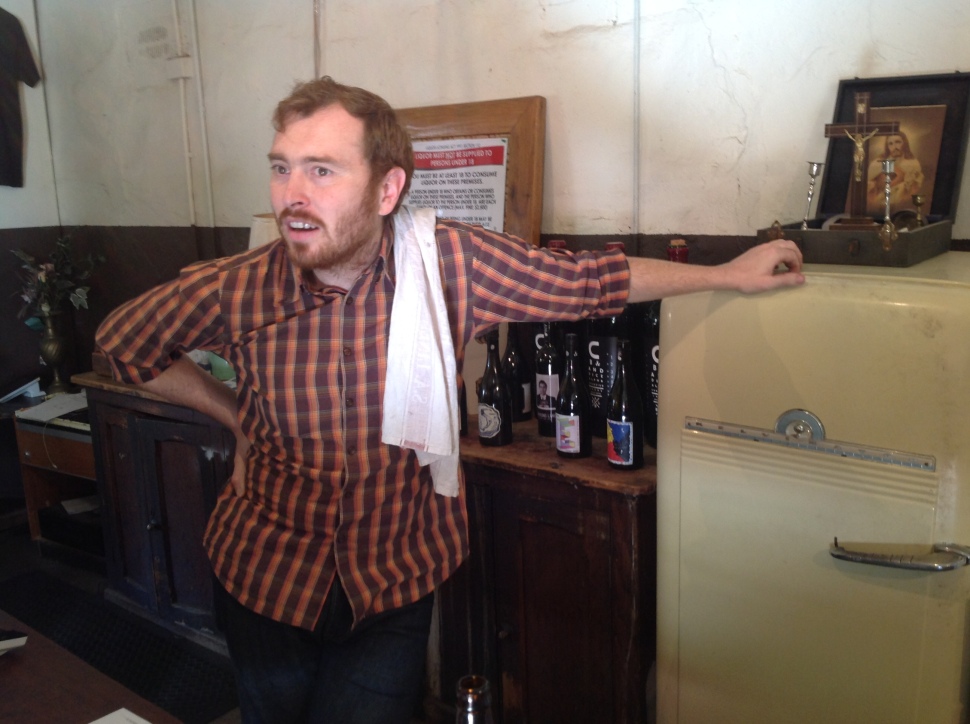 Changes of season bring changes in the colours of the landscape, especially in late March and April when the leaves of the deciduous trees as well as the vines turn to yellow, orange, red and brown. They stand out against the various greens of the native trees.

It’s the sort of place that encourages walks along gravel tracks among the vines, especially when there is a slight fog hanging low in the valleys. You could be anywhere in the world, anywhere in your thoughts. 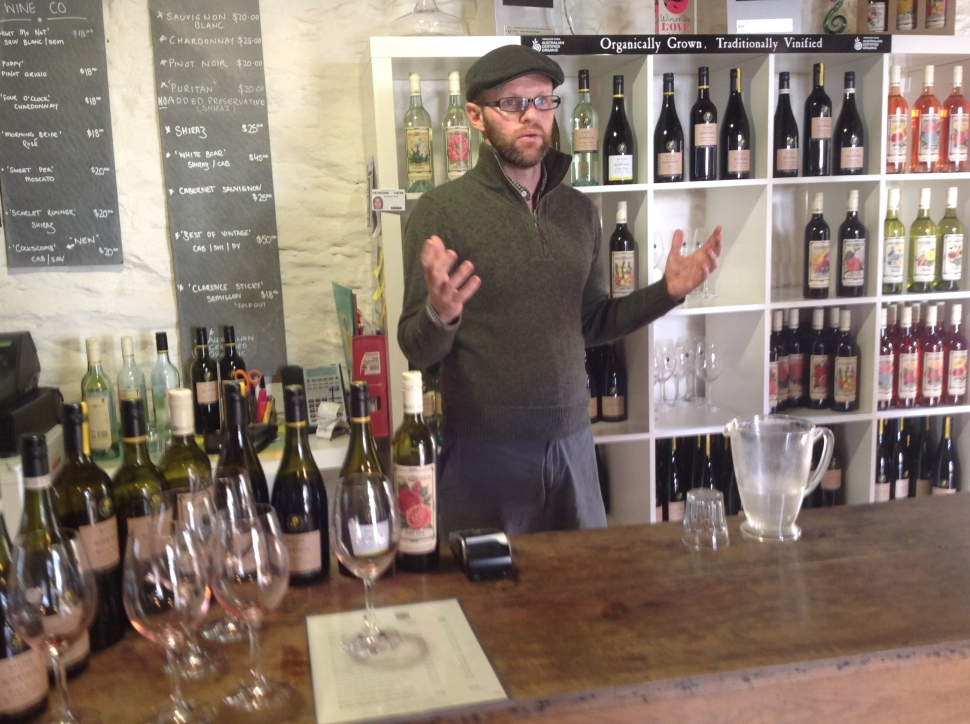 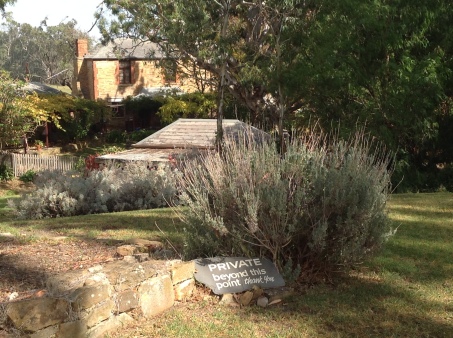 First stop on exploring McLaren Vale is the information centre off Main Road. It is there you can inquire about such features as the McMurtrie Road Passport, to be stamped at wineries and eateries along that road and which entitles the holder to discounts.

That’s where we started, at Wirra Wirra Wines just off Strout Road. 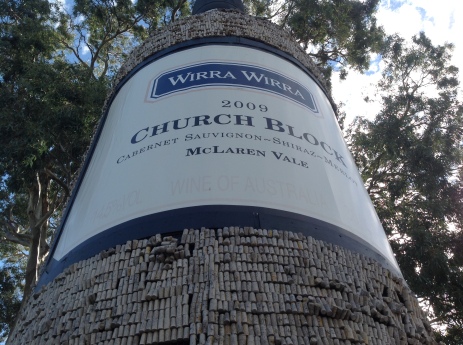 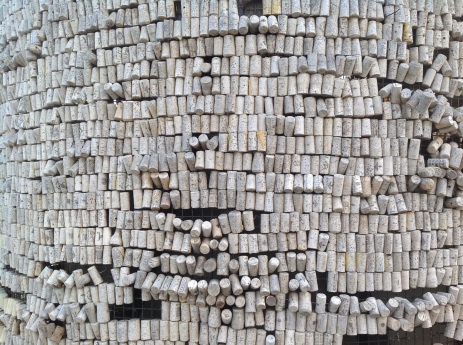 Not the large corporate establishment we expected but incredibly welcoming, right from the novel giant wine bottle at the entry made of corks and with its distinctive Wirra Wirra label.

The grounds and picnic areas are in keeping with the Australian landscape. Indeed you are in Hans Heysen country.

The German-born Australian artist became a household name for his watercolours of grand, gnarled gum trees and rural scenes capturing the beauty and the harshness of the bush. 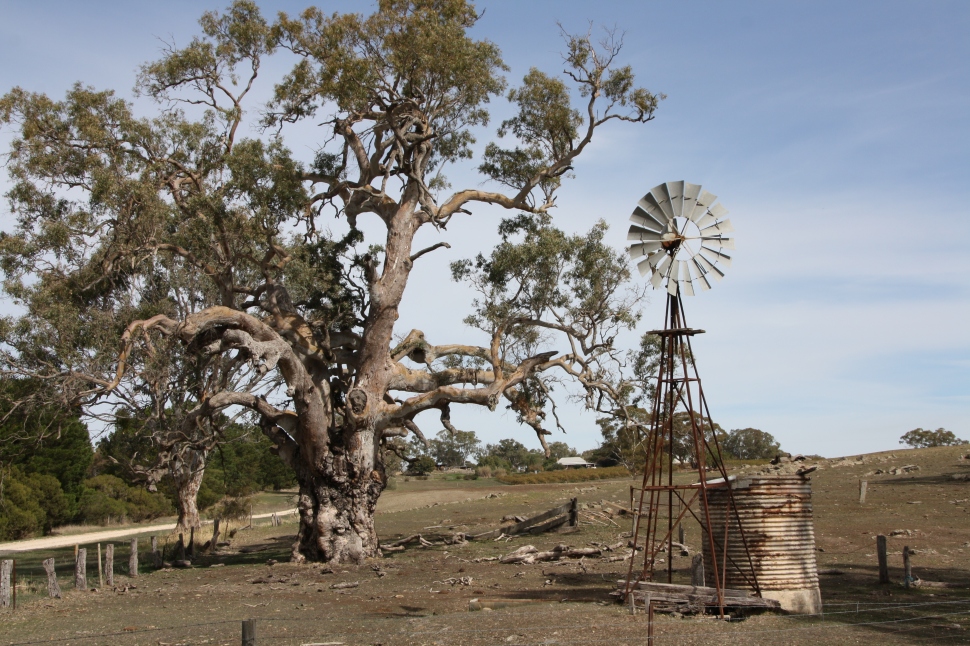 The 1200km Heysen Trail takes you through the heart of this land he so accurately captured, from Cape Jervis at the southern tip of the Fleurieu Peninsula, to Parachilna Gorge, in the Flinders Ranges.

It’s so interesting to sit a chat with winemakers, the young ones as well as the family names, in really intimate surrounds.

The McLaren Vale is famous for its shiraz, yet at Wirra Wirra we learn that people are getting interested in grenache as well as Spanish and Portuguese varieties such as esperanza and toriga that love the Mediterranean-style climate. 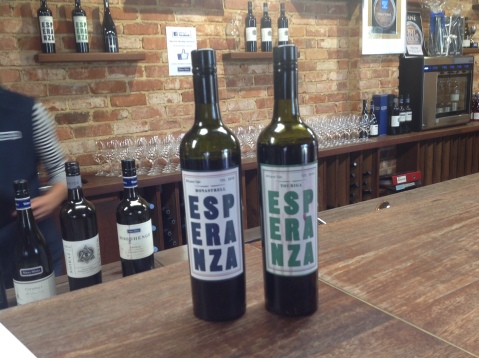 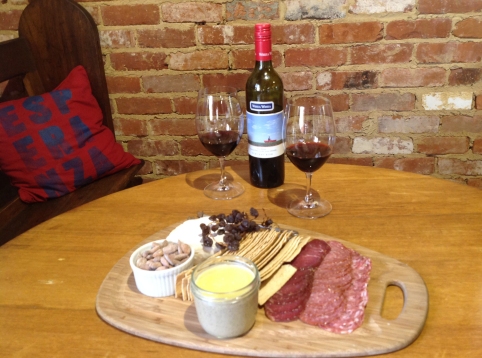 Wirra Wirra surprises not just for the variety of wines but the expertise and the exceptional service.

Just about everyone in Australia has tried their church block, just as they have enjoyed a Tyrells long flat red from the Hunter Valley.

Yet there is so much more Wirra Wirra. And you can get a food platter to enjoy while tasting the wines.

On the day we selected a trio mezza from Skara smallgoods, a selection of three different matured wood smoked meats, McLaren Vale camembert and olives, Little Acre mushroom pate and a choice of pork rillettes, chicken and duck pate.

This Mediterranean climate is perfect olives, even in the city of Adelaide, and they date back to the early days when the Italian and Greek settlers grew them.

Next stop was Hugh Hamilton and his Black Sheep Wines. One can only wonder about the origins of the name. 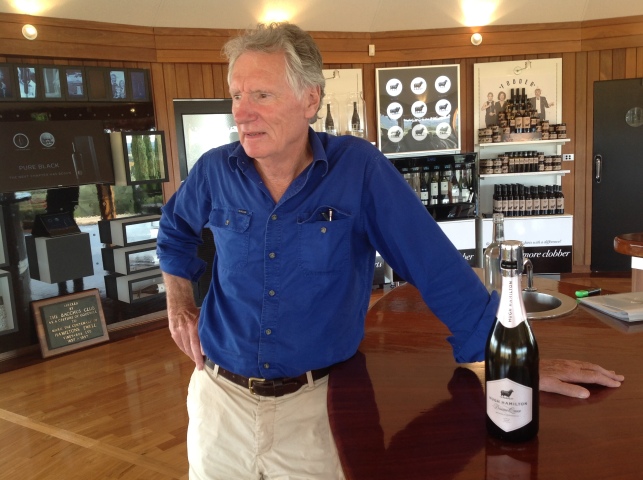 You cannot miss the quirky Drama Queen painted on the water tank at the winery on McMurtrie Road. Then the grand avenue of pencil cypress pines leading up to the tasting room set on the ridge – a perspective straight out of Tuscany or Provence, except for the magnificent gum trees along the roadside.

And the road kill. In this case a hare. It adds to the gamey flavour of the region.

Hugh was the perfect host. He had been in a swimming club and a sailing club in Adelaide in years gone by with one of our group and he was on hand to recount what various members of the organisations had been up to.

Yet he also gave a marvellous overview of the winery.

In 2017 he celebrated 180 years of unbroken wine-making tradition in South Australia.

Hugh’s great, great grandfather Richard came to South Australia in 1837 and planted some of the first vines, making the Hamilton name the oldest surviving wine family in Australia and in the process growing grapes and producing wine for six generations.

They brought vine cuttings with them aboard the sailing ship Katherine Stewart Forbes and planted them out immediately on settling in the colony.

The tasting room is made with jarrah from the historic Hamilton’s Ewell winery, the largest wooden vat ever built in the southern hemisphere.

Hugh is extremely proud of his Pure Black shiraz, the culmination of nearly 200 years wine-making experience by the family.

And don’t leave without at least one bottle of The Drama Queen, a sparkling wine created in the methode traditionnelle … if only for the label.

The delicious drop inside the bottle is a bonus.

As Hugh says about the winery – and the labels – it’s a place where they take the wine seriously but not themselves.

“It’s about living a quality lifestyle and having fun.’’

And the Black Sheep? Every family has one. 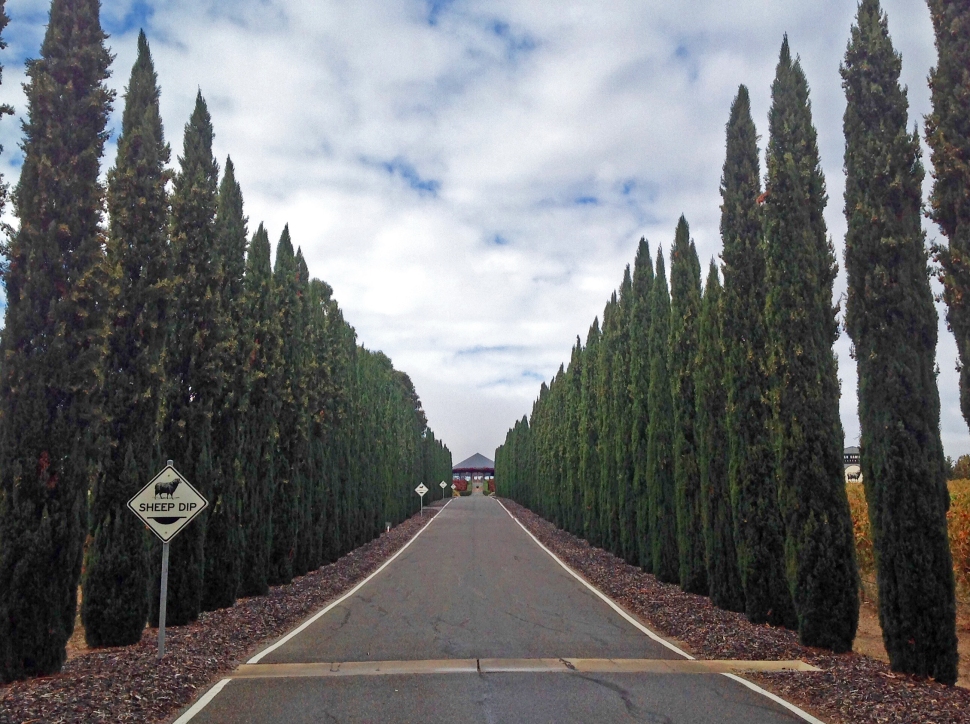 To round off the weekend there was the McLaren Vale Vintage and Classic Car Event.

In 2019 on, Sunday April  7, hundreds of beautifully kept and restored vehicles will set off from the grounds of Serafino Wines at 11am for a parade along the Main Street, before dispersing to various wineries for lunch.

It is a good opportunity to get up close to familiar British and exotic European vehicles, as well as American classics such as Thunderbirds and Cadillacs as well as muscle cars. Then there are the Australian classics – from FJ Holden to your Ford GT HOs and Chrysler Valiants. 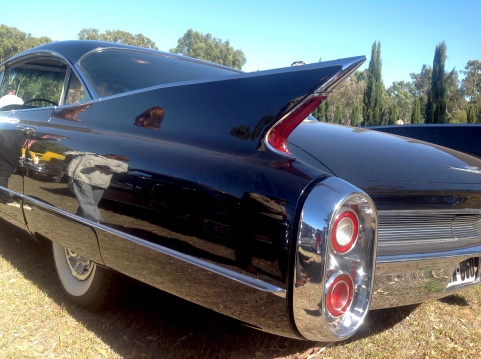 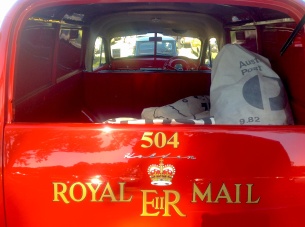 Even the workhorse of farming life, the grey Ferguson tractor.

That’s the key to the McLaren Vale, probably life itself. Go with no plans.

Stop and experience what takes your eye. There’s a reason for the attraction.