Discovering the Delights of the Coal River

That’s the impact Tasmania has on you.

The direct flight from Brisbane to Hobart had taken two hours and 45 minutes. Yet walking across the tarmac to the terminal you felt a world away.

Indeed, next stop would be Antarctica but the sky was clear, the sun out. Inside the terminal, a life-size model of a seal on the baggage carousel reminded us that we were in another state.

The pace takes some getting used to. Everyone seems so nice, trusting.

It’s like seeing the way things are supposed to be. Grounded yet open to ideas.

Such variety. Such clean air, good food and interesting landscapes.

Being an island, you get so much change in a small space. 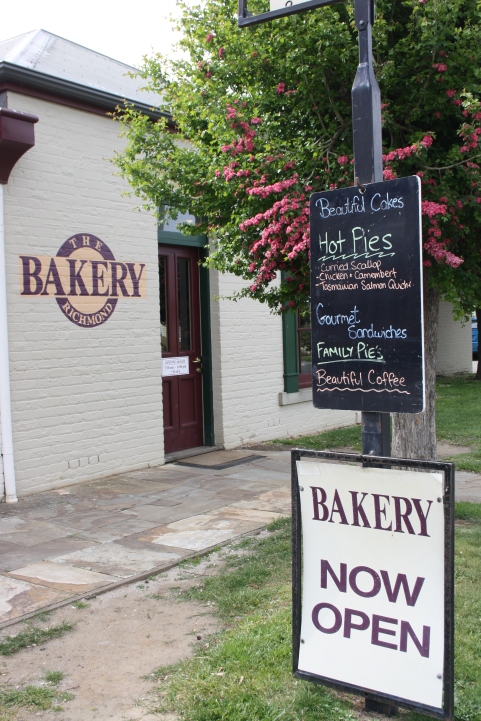 It’s so open to exploration. Your mind can wander easily. There is lots of inspiration to the inquiring mind.

That’s the way I felt walking around the streets of Richmond, a classified historic town in the Coal River Valley, about 30km north-west of Hobart.

Initially, the banks of the river were the source of coal for the newly-founded settlement of Hobart.

That was in 1803. Today, the picturesque valley is the source of another valuable resource in the form of outstanding wines.

Richmond is the most recognisable name on the Coal Valley map, the home of more than 50 historic buildings and structures. The stone buildings now house galleries, tea shops, craft boutiques and museums, offering every convenience and luxury.

None is more famous than the bridge that straddles the crystal clear waters of the Coal River.

So clear that platypus are said to live in its shadow. 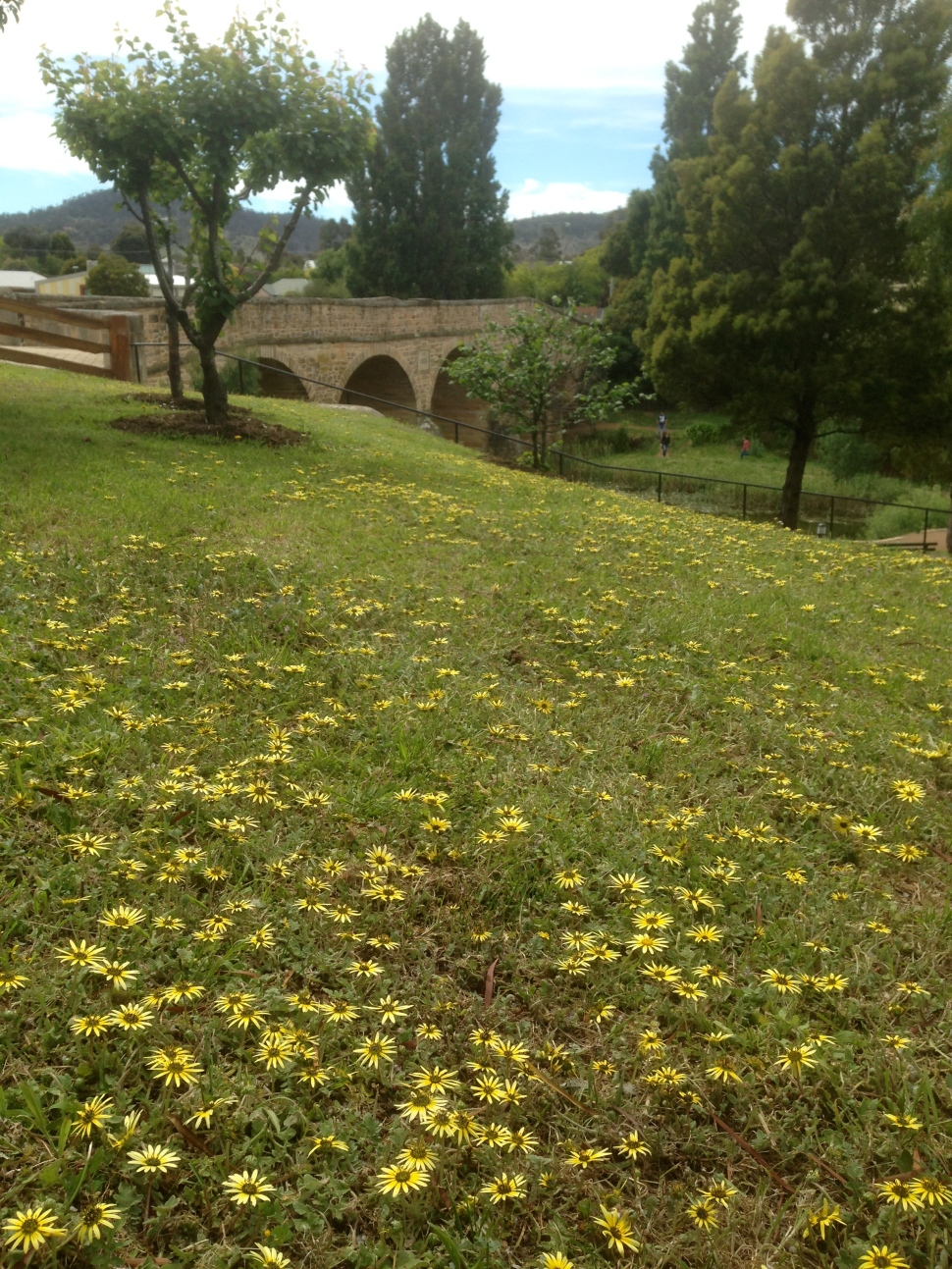 The second-most photographed bridge in Australia and the oldest still in use, it was built in 1823 by convicts from sandstone quarried at Butchers Hill and hauled by hand carts to the site.

Sitting high on the hill is St John’s Catholic Church (1837) and burial ground, the oldest Catholic Church still in use in Australia. Richmond Gaol was built in 1825 as part of Governor Arthur’s system of police districts.

The foundation stone for St Luke’s Anglican Church was laid in 1834 by Governor Arthur.

Richmond delights in its fresh food and fine wines, grown in fertile soils and clean air.

Today, accommodation ranges from Georgian-style cottages to B&Bs, historic inns and hotels to farm-stays or lofts and studios among vineyards. 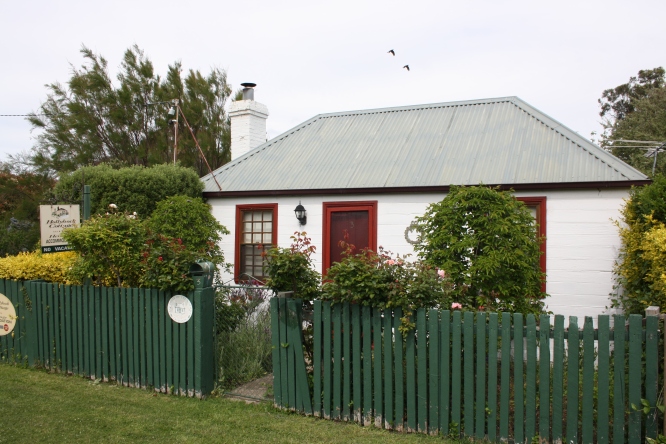 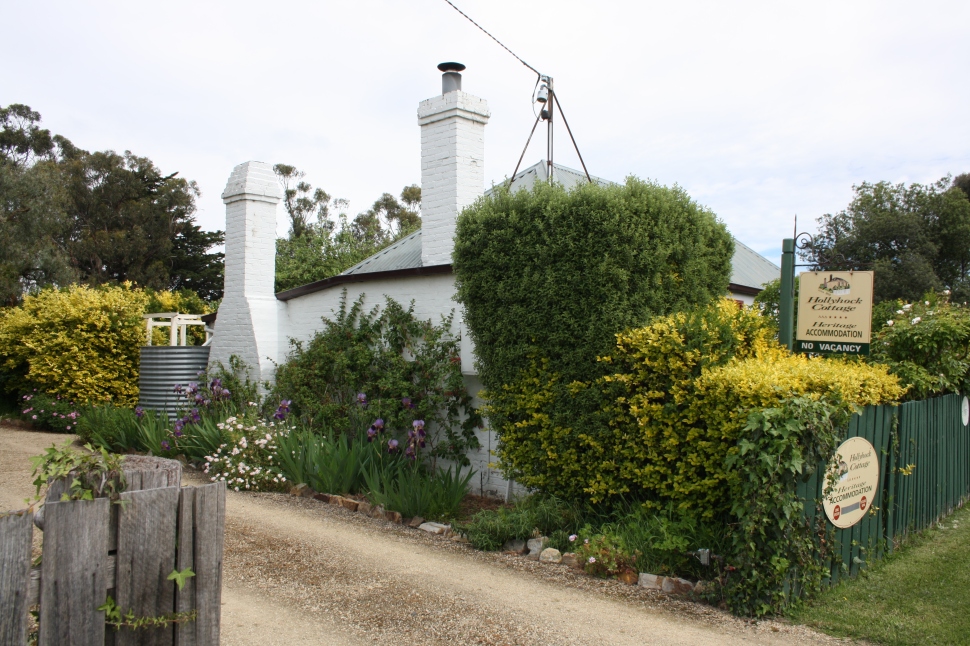 However, it is wine that has got heads turning. It is now home to more than 200 vineyards and demand for Tasmania’s high-quality pinot noir and other premium wines now exceeds the capacity to supply. Sales of wine are estimated at one million cases per annum, an annual growth of 30%.

Pooley Wines was established in 1985 when the late Denis and Margaret Pooley planted 10 rows of riesling and seven rows of pinot noir on their 16-hectare farm at Cooinda Vale.

In 2003 their son John Pooley and his wife Libby bought Belmont Lodge, a sandstone house built by convicts between 1832-35 for Benjamin Guy, an English trader and wine importer.

They have planted vines on nearby Butchers Hill and the cellar door is housed in old sandstone stables on the Belmont Lodge property.

The long, cool Coal Valley ripening season suits the production of pinot noir. Instead of the eucalypt flavour of the Coonawarra you have more of a capsicum and tomato taste but also some blackcurrant and vanilla pod.

The Margaret Pooley Riesling comes from vines planted in 1985 and sees just 100 cases a year.

Tasmania has come a long way since Captain Bligh planted the first granny smith apple tree there in the late 1700s.

Your senses are much more aware to the sounds of the birds, the fresh air, the aromas. You can smell the gum trees, the flowers in the gardens.

At nearby Frogmore Creek Wines you are surrounded by vineyards but reminded of the modern day with the University of Tasmania radio telescope in the distance.

Frogmore Creek expanded through the purchase of the Roslyn Estate Vineyard in 2009 and the acquisition of neighbouring Meadowbank Estate in 2010 so the company also produces and markets the 42 Degrees South and Storm Bay labels.

It is one of Tasmania’s most awarded wineries and a lovely setting for an acclaimed restaurant, art gallery and a large area for tastings and sales. Included is a Flawed History, a quirky art installation that resembles a jig-saw and heightens the wine tasting experience. 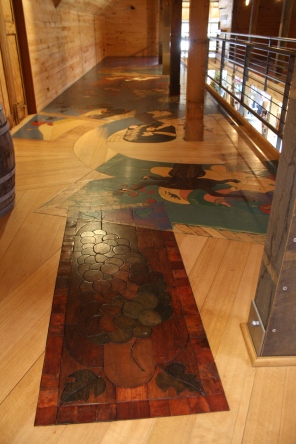 The restaurant is open for lunch daily and impresses with its menu as well as wines. Among them is the N.V 42 Degrees South sparkling comprising 90% chardonnay and 10% pinot noir that is matched perfectly to a dozen natural Bruny Island oysters or creamy chicken dishes.

Then there is the 2007 Frogmore Creek Evermore pinot noir that is ideal with slow-cooked Belbin Farm lamb and baby vegetables.

The 2008 Storm Bay pinot noir complements Vietnamese duck spring rolls or vegetarian lasagne. Then there is skin-roasted fillet of snapper with olives, grapes and pine nut salsa to accompany a Frogmore Creek chardonnay.

The Tasmanians love their pink-eye potatoes. They have an ability to bring the most out of vegetables.

Beetroot for instance, in salads or roasted. It’s the same with carrots.

Other dishes enjoyed on the day by our group included spelt risotto artichokes and basil with mustard jus as well as roasted High Thorpe Farm rabbit.

As for desserts, fresh local berries with vanilla ice cream or passionfruit and hazelnut pyramid. And who could refuse the white chocolate and sage mousse, confit strawberry and sage flower ice cream or the chocolate truffles?

The final stop for the day was Puddleduck Wines where Darren and Jackie Brown make 0.41% of Tasmania’s wine yet feature in the top 10% by quality.

Darren has been in the wine industry 28 years. It’s not what he calls work, particularly as he gets to meet people from around the world at the daily wine tastings.

Here you can enjoy a Tasmanian cheese platter or a reverse BYO in which guests can bring a picnic to have with the wines. Puddleduck, as the name suggests, features an expansive duckpond in the vineyards. 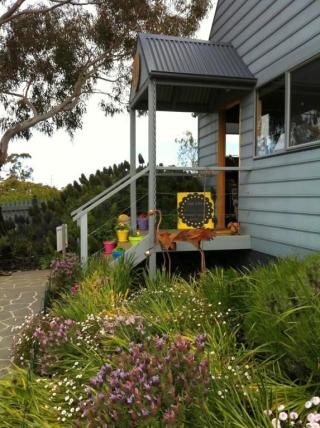 The star attraction was Lucky Duck, an orphaned duckling who was found cold and wet in long grass by the family dog Polly.

Lucky Duck has had four lives, Darren tells me.

He was nearly dead when we found him so I kept him in my pocket and warmed him up.

Then he had to contend with the cat, the dog, the kids and nearly catching fire.

Puddleduck. It seemed such a wonderful way to finish the tour of the Coal Valley. 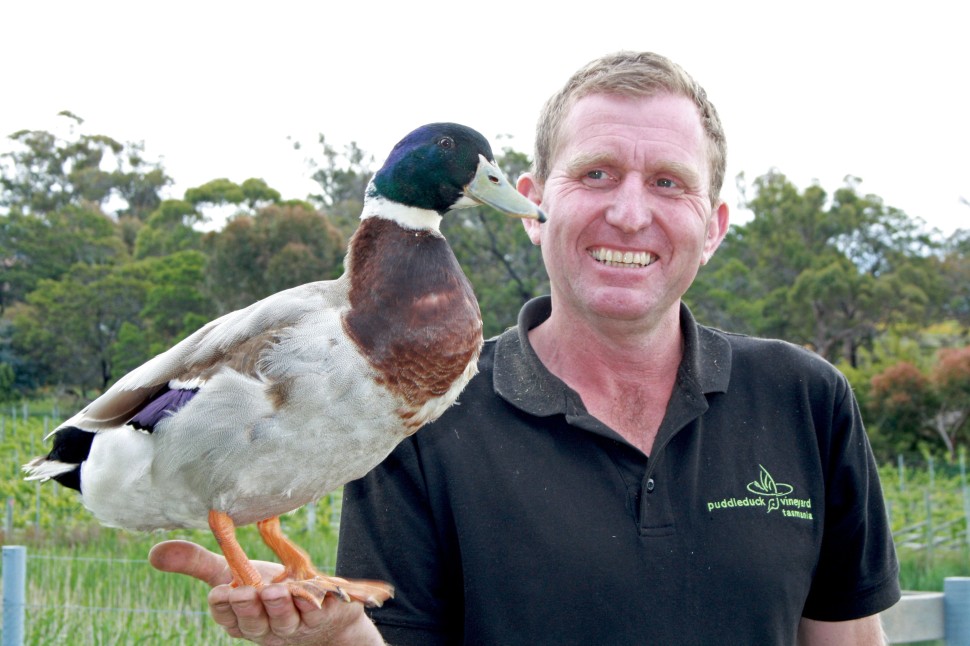