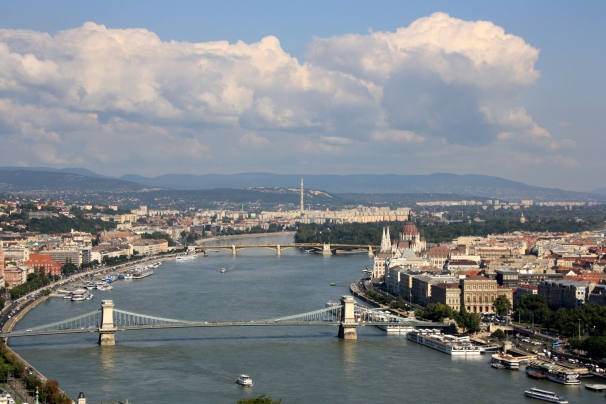 A journey through time

Being in the centre of Europe brings its problems. You are the meat in the sandwich.

Not only are you at the crossroads of trade routes you are in the centre of wars and religious upheaval.

That is Hungary’s situation today, just as it has been for centuries.

It has been both victor and vanquished, all the time trying to cast its national identity.

Now it finds itself at the frontline of another invasion, this time from thousands of refugees as they flee the Middle East, western Asia and Africa.

They are looking for a new life in Europe, coming ashore after perilous boat journeys to Greece and neighbouring Mediterranean countries. Then it is a matter of making their way towards Germany, France, the UK and Scandanavian countries such as Denmark and Sweden.

Hungary just happens to be in the way. 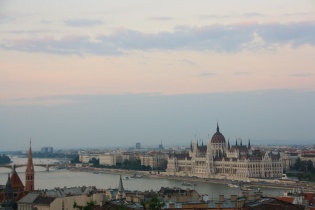 From afar, we wonder why such a country would put up border fences to stop the refugees. After all, Hungary has known such times itself with thousands escaping the central European country since it was brought under the umbrella of the then Soviet Union after World War Two.

It has seen hundreds of its citizens slaughtered in the streets of Budapest after the Russian tanks entered the city in 1956 to brutally put down an uprising seeking more liberalised laws.

It was renamed in honour of the most famous Hungarian composer, Franz Liszt, on the occasion of the 200th anniversary of his birth.

Approaching immigration at the airport was quite intimidating, knowing how hard it was for so many Hungarians to escape the harsh conditions during Soviet rule.

The passport control was at first glance a throw-back to those times. Secure, authoratative … immigration officers standing in booths behind bullet-proof glass.

Yet the welcome could not have been more professional. Passport stamped, luggage collected.

It was then that realisation set in. This is a nation of 10million people and Budapest a city of 1.5million. It simply cannot stand an influx of new arrivals that will put extra pressure on the economy. Yet it cannot be up to Italy and Greece, nations that can least afford it, to bear the brunt of the refugees. 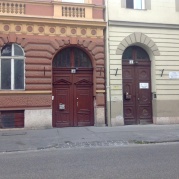 The outer suburbs of Budapest reflect its time under Soviet control.
Getting into the city is relatively easy, bearing in mind you are in a country whose language is like no other. Not French, not German, not Latin, not Turkish.

Loosely speaking, it comes from the central steppes of Asia as the horsemen from the Ural Mountains swept westward.

Some people do understand English … but few of them are bus, tram or train drivers.

You can get cheap public transport but it involves understanding the ticketing which involves validating the ticket at the start of the journey. There are transit shuttle buses and those arranged by hotels.

Then there are taxis. Don’t under-estimate them as there are ticketed cabs arranged by a central booth at the airport that will take you to your destination at an agreed price.

Otherwise there are independent cabs or private cars, where you are met by a specific driver.

And there is the Budapest Card that provides visitors access to a set of services free of charge or at a reduced price, including the public transport system, entry to museums and the thermal baths.

For us, the cab was just big enough to see four adults and luggage piling in and paying something like $6A to our driver Lazlo.

Another word of warning, the euro is not the preferred unit of currency here even though it is a European Union member.

Instead, there is the Hungarian forint. Arrive with some in your pocket to get you into the city and make any currency exchanges in your own time.

Before World War One the Austro-Hungarian Empire covered much of central Europe, from the Mediterranean Sea to what is now the Czech Republic.

Hungary had Trieste as a port. Nowadays that access to the sea is limited to the Danube River that flows from Germany to the Black Sea, dividing what was initially two cities … Buda and Pest.

The building of the Chain Bridge in 1849 did more than joining these two cities geographically, it joined them politically.

The suspension bridge, like the underground railway and even Hungary’s Parliament House, were inspired by what the civic leaders had seen in London.

When built, the bridge at 202m long was then amongst the largest in the world. The underground was second only to London in its inception in Europe.

Budapest is quite compact and easy to get around but road traffic can be quite heavy in the city centre. So don’t be afraid to explore on foot, on bicycle or public transport, either independently or as part of a guided tour.

Set off on the funicular railway for the best views of the city. You are right above the Chain Bridge with parliament on the Pest side of the river.

The funicular also brings you to the Royal Palace and Hungarian National Gallery, Buda Castle, Matthias Church and the Fishermen’s Bastion.

Parliament house has a tremendous façade to the river .. cathedral-like as opposed to London’s castle-like Westminster Parliament. 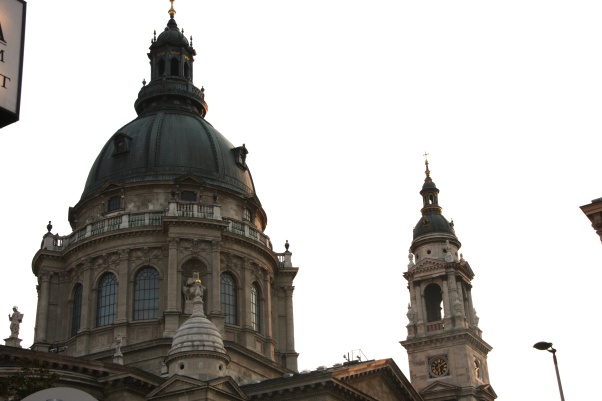 St Stephen’s Basilica
Budapest is a city of domes and spires, bridges and ballrooms, goulash and beer.

A melting pot of cultures. A country that sits at the crossroads of Europe and central Asia. Torn this way and that, with a fiery past and uncertain future.

Battered and bruised by the past yet determined to rebuild as a vibrant country that is very much a part of Europe.

As you drive through the outskirts of the city the communist era is still reflected in old buildings.

Servicable yet faceless blocks of flats and factories, the render falling away to reveal rough brickwork.

Yet a pride is returning to Hungary despite financial constraints. Beautiful historic buildings are being restored – sandblasted to bring them back to their former magnificence.

Rebuilding is taking place on dilapidated sites in the city centre.

There are main thoroughfares but the side streets are narrow, cobbled, making it easier to walk around the inner city or catch public transport.

There are so many themes running through Budapest – grand buildings and narrow shopfronts, gypsies and street people, labourers and entrepreneurs, hustlers and city chic.

The young generation is on the move, coffee shops and bars, art, music and mobile phones.

Then there are the cigarettes. And it’s not just labourers smoking them but young people as well as old. 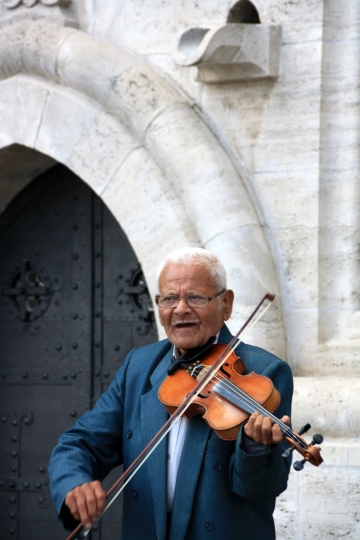 Budapest was the second capital of the Austro-Hungarian Empire, a great city and railways played their part in its development.

As well as art and music, its history is reflected in its sport with a proud Olympic record in fencing, swimming, wrestling, canoeing, gymnastics, athletics, boxing and modern pentathlon, especially skills such as horse riding and shooting.

Indeed, it is the top-ranked nation for the Olympic summer games in pentathlon and water polo.

We are booked into Radisson’s Hotel Beke in Pest. Not overlooking the Danube River like the more fashionable hotels but somewhere comfortable, full of character. 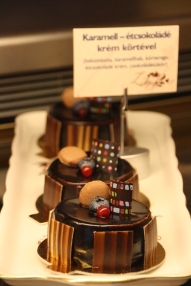 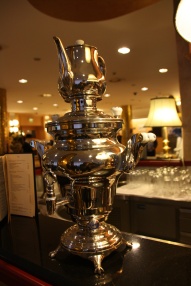 It’s like stepping into a movie, one set when train travel was at its height.

Indeed, a few hundred metres away is Nyugati, one of three major railway stations. Designed by Gustav Eiffel and opened in 1877, this railway palace told that you had arrived at a destination of consequence.

And it is, as a locals tell me, home to the most beautiful McDonalds in Europe.

People love meeting there … it reflects the social and cultural side of the national character.

“My coffee house is my castle.’’

That night we go to sleep in a different country, a different time. Yet in a complete state of excitement, of anticipation of what the next day will bring.

There is so much to see, so much to do in this city that has been the setting for countless books and movies.

Yet one of the best times to see it is what is known as the blue moment, about 20-30 minutes after the sun has gone down.

Right at the end of that moment, just before darkness descends. The sky is a dark blue, the buildings clearer and reflected in the waters of the Danube.

It’s a beautiful time to sit and reflect. Reflect on life and all the moments in history that have gone before us as well as what tomorrow may bring.

2 comments on “Flight to Budapest”