The sequence of events could not have been more ironic.

I had flown down to Melbourne from Queensland on an early morning flight. Picked up a hire car and headed north.

Deniliquin, a wool and grain town in the Riverina just over the Victoria-New South Wales border, was my destination.

Not realising it at the time, stopping at Lancefield for a coffee would see my journey take on a significant twist about 350km further up the road. 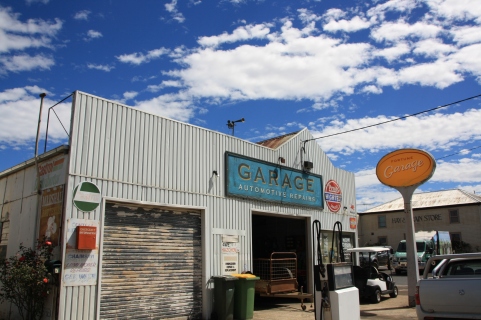 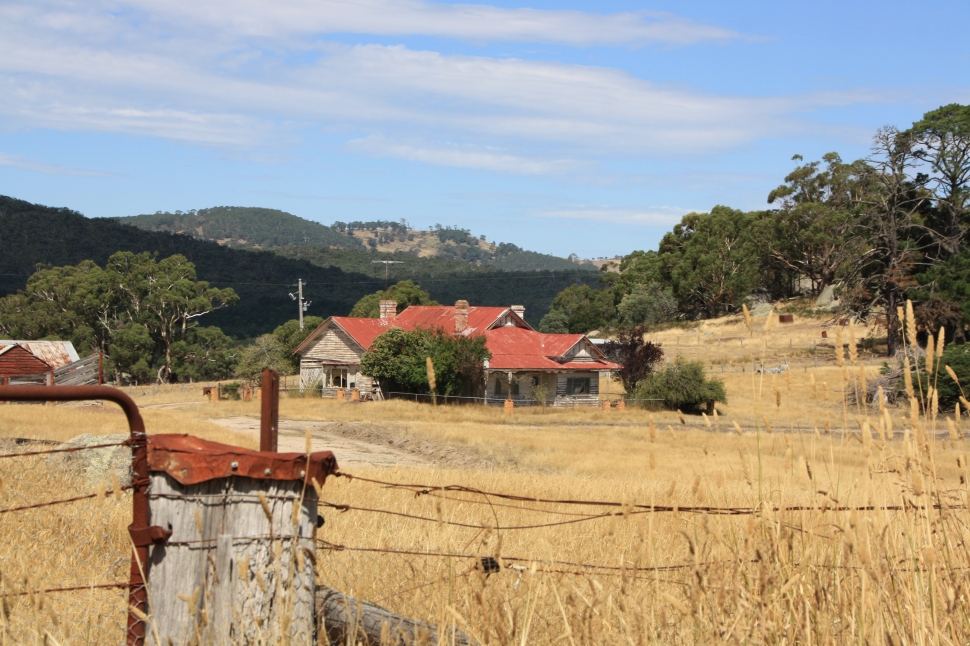 That’s what’s special about a road trip – you have an idea of where you want to get to but there are so many things along the way that can grab your attention.

On this journey I had time on my side as the meeting at Deniliquin was not until the next day at lunch.

So here was the chance to explore a bit more about one of the more interesting chapters in Australia’s history. The time the Kelly Gang held up a town for four days while they robbed a bank.

The town was Jerilderie, and while having driven through it a number of times on road trips from Queensland to Victoria, I had not stopped or read more about this unusual episode from the past. 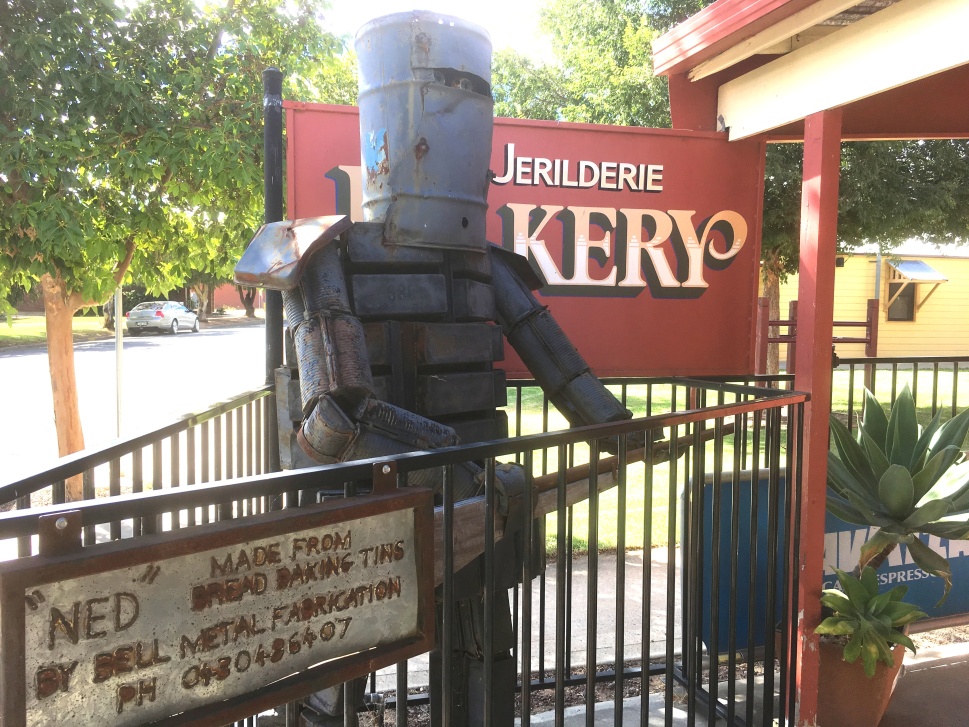 No-one in Australian history has probably had more written about them than Ned Kelly.

The Kelly outbreak, that started in mid-April 1878 following a relatively minor incident, was poorly handled by police.

It reached fever pitch by the time the gang made a brief visit to Jerilderie in February 1879.

The four members of the gang – Ned Kelly, his younger brother Dan, Steve Hart and Joe Byrne had eluded an intense police manhunt since the murder of three policemen at Stringybark Creek on October 26, 1878. They were declared outlaws weeks later and could be shot on sight by anyone.

How it got to this stage is the stuff legends are made of.

The Kellys were a poor selector family who saw themselves as downtrodden by the squattocracy and as victims of police persecution.

On 15 April 1878 a violent confrontation with a policeman occurred at the Kelly family’s home at Greta in north-eastern Victoria in 1878, and Ned was indicted for his attempted murder.

Fitzpatrick’s wounding in the course of the event, and the arrest and subsequent gaoling of Mrs Kelly and others on a charge of aiding and abetting the attempted murder of Fitzpatrick, was the trigger for what became known as the Kelly outbreak.

It was immediately after this incident that Ned and Dan Kelly, together with Byrne – and to be joined mid-year by Hart – disappeared into the bush.

Fitzpatrick’s evidence was accepted by the police, the judge, and the jury made up of several ex-police, a shanty keeper who did business with the police, and others who were prejudiced against the Kellys.

Ned Kelly vowed to avenge his mother, who was imprisoned for her role in the incident.

The Kelly brothers, together with Byrne and Hart, hid in the bush until the Stringybark Creek shootings on 26 October, almost six and a half months later. That was when four police came to capture them, dead or alive.

Sergeant Kennedy from Mansfield set off to search for the Kellys, accompanied by Constables McIntyre, Lonigan, and Scanlon. All were in civilian dress.

At Stringybark Creek three police were shot when they tried to draw their guns on the Kelly Gang.

The fourth, McIntyre, had surrendered but later made his escape and reported the incident.

The Government of Victoria proclaimed them outlaws.

Kelly and his gang eluded the police for two years, thanks in part to the support of an extensive network of sympathisers.

He had a reputation as a man of the people, an Australian version of Robin Hood. This was through their treatment of women and the poor, as well as unlikely political activism in trying to redistribute wealth.

An Irish Catholic with a working-class resistance to the establishment and British colonial ties, he divided Australia – a folk hero or a murderous outlaw?

Frustrated by the gang’s escape, police were further incensed by the hold-up of a Euroa bank in December and took to locking up many Kelly sympathisers.

Police numbers in north east Victoria were increased, soldiers from the Garrison corps were rushed to bolster security and the reward for the gang’s capture was raised to 2,500 pounds.

The gang was forced to look further afield for their next bank raid.

Jerilderie was chosen, the centre of a prosperous wool growing district and a natural target for the gang that opposed the excesses of the squattocracy’s grab for land over the impoverished selectors. 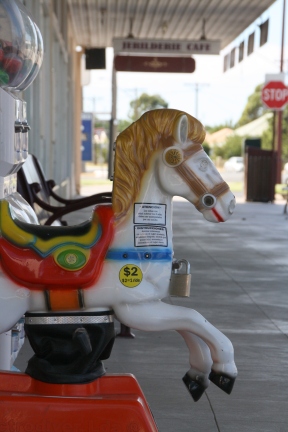 But they had more ambitious plans than simply robbing a wealthy local branch of the Bank of New South Wales.

Ned would seek to expose the injustices committed against himself and the Kelly family and vindicate his actions at Stringybark, a theme he had previously taken up in a letter to a member of the Victorian parliament.

In a new letter Ned’s anger reached out further to the government itself, even the British Crown 12,000 miles away, demanding an end to its oppression of those people who are suffering innocence, justice and liberty.

The justifications and demands in the letter, a 7500 word autobiography and 56-page manifesto, was dictated by Ned and written down by Joe Byrne.

Ned intended for the letter to be printed in Jerilderie for circulation by the gang and sympathisers.

It is known in history as the Jerilderie Letter.

The gang occupied the town over three days from February 8-10, 1879 and robbed the Bank of New South Wales of 2141 pounds.

The bank was in the Royal Mail Hotel at the time and Ned gave the letter to the accountant for printing in the newspaper but it was not published until 1930, 50 years after Kelly was hanged.

However, a summary of the contents of the letter was being published and commented on in Australian newspapers shortly after the gang’s raid on Jerilderie.

My interest in the Jerilderie Letter sprung from reading Peter Carey’s book The True History of Ned Kelly.

Carey’s novel is ostensibly written by Kelly, and puts a new version on what had been taught in schools.

The letter portrays the passionate voice of a man who is writing to explain his life, save his life, his reputation.

It reflects the voice of a man who feels he has been deeply wronged. He admits to crimes but claims he was forced into them by a corrupt police force.

He insists that his only crimes had been horse stealing. It can be read in its entirety at http://www.nma.gov.au/interactives/jerilderie/home.html.

”If my lips taught the public that men are made mad by bad treatment, then my life will not have been thrown away.”

The four outlaws rode into Jerilderie at about sunset on the Saturday and at the police barracks captured Senior Constable Devine and Trooper Richards, locking them in their own cell.

On the Sunday the four members of the gang dressed themselves in police uniforms, then robbed the bank the next day.

They had the telegraph poles chopped down in an attempt to keep their whereabouts secret, booked up the cost of shoeing his horses to the police and held more than 30 hostages while shouting the bar and burned the mortgages held in the bank’s safe.

The activities of the gang’s weekend are explained at the various sites around the town, most within easy walking distance and well signposted and with explanations.

The Royal Mail Hotel – at the left end is the place that used to be the Bank of New South Wales.

The Jerilderie Court House which stood opposite the police station where Kelly locked up Sergeant Devine and Constable Richards.

The Post and Telegraph Office held up by Ned Kelly and his gang on 10 February, 1879.

The Blacksmith’s Shop in Powell Street where Ned Kelly had his horses reshod by farrier Andrew Nixon.

Then there’s the office of auctioneer Michael J Curtin who, on at least two occasions was said to have sold horses on behalf of the “owner”, Steve Hart.

On the last occasion a dispute arose in which Hart accused Curtin of overcharging.

While guarding the captives in the Royal Mail Hotel, Hart enquired as to the whereabouts of Curtin, as he had some “unfinished business” with him.

On being advised that Curtin was at nearby Urana on business, Hart expressed his regret that he was unable to “catch up with him.” 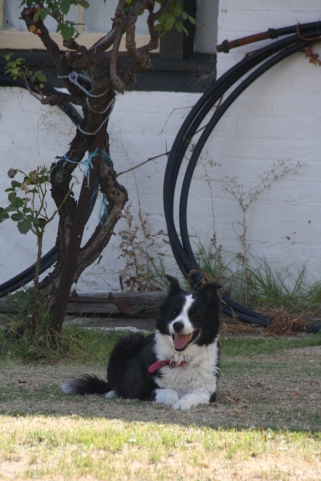 The Travellers Rest Hotel was the gang’s departure point from Jerilderie, where they saddled their horses and had a farewell drink with sympathisers and amenable towns folk.

The gang rode south towards the Murray River, the border of Victoria, as thunderheads towered in the late afternoon sunlight and steady rain washed out their tracks.

What did I learn from Peter Carey’s book and the brief stop-over in Jerilderie?

That people such as Ned Kelly come along every now and then and the upshot is they hold politicians and police accountable for their actions … or lack of them.

The legacy of Fitzpatrick himself is coloured by the fact that he was later dismissed from the police force for drunkenness and perjury.

He went to live at Lancefield, in Victoria.

An unlikely bookend to my road trip into Australia’s past.

In March 1881, the Victorian Government approved a Royal Commission into the conduct of the Victoria Police during the Kelly Outbreak.

Over the next six months, the Commission, chaired by Francis Longmore, held 66 meetings, examined 62 witnesses, and visited towns throughout “Kelly Country”.

Its report exposed widespread corruption and shattered a number of police careers.

Numerous other officers, including senior staff, were reprimanded, demoted or suspended.

It concluded with a list of 36 recommendations for reform.

Kelly hoped that his death would lead to an investigation into police conduct.

Although the report did not exonerate him or his gang, its findings were said to strip the authorities of what scanty rags of reputation the Kellys had left them. 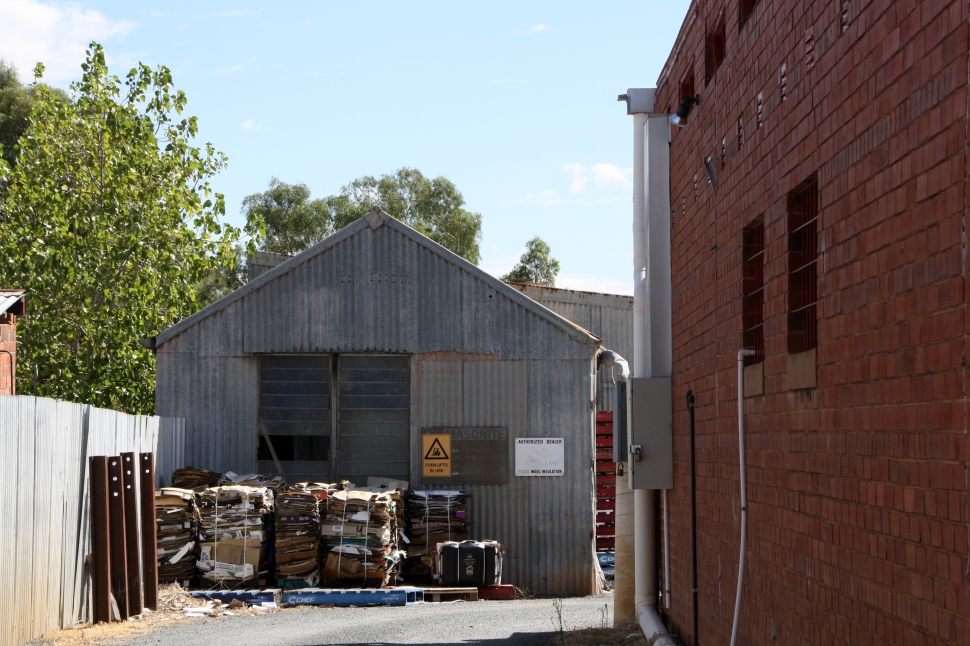 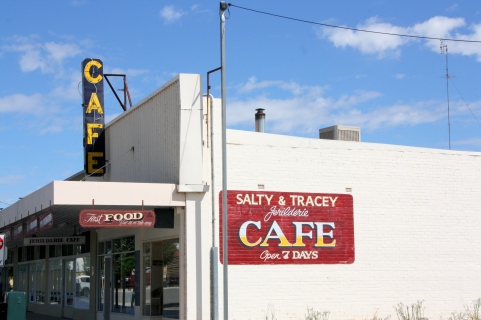