A Bend in The River

It was a day quite like no other. Roman ruins, singing at one of the great cathedrals in Europe, and getting caught up in an explosion in a capital city in Central Europe.

Was it a terrorist act or just an accident, a gas leak under the street near our hotel?

Before we left Australia with the Sunshine Coast Oriana Choir on their Central Europe tour in 2016, someone asked if we were nervous.

You know, the terrorists, the refugees.

No. Not in the slightest, I replied. You have more chance of being killed by a falling coconut.

And that was exactly how it was playing out after our first five days in Hungary on a three-week concert tour that included some magnificent cathedrals and historic concert halls in Slovakia, Austria and the Czech Republic. 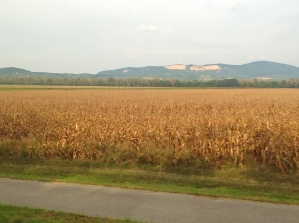 So far our journey had taught me that things are not always what they seem, and to look at things from a different perspective.

You notice things when you travel. Listen to people. Really engage with them, understand their background.

Everyone has a story to tell. 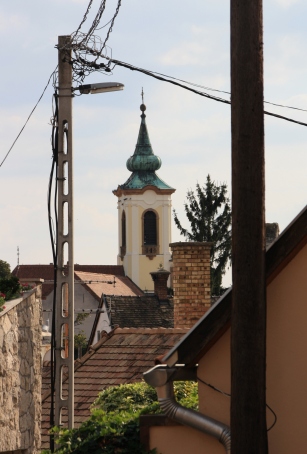 With a performance at Budapest’s Matthias Church behind us, it was time to head for one of the great cathedrals in Europe, Esztergom.

It’s the centre of the Roman Catholic Church in Hungary and photos had given an indication of the way it dominated the landscape as well as the religious heart of the country.

On the coach trip out of Budapest there were glimpses of the Roman ruins dating back more than 2000 years.

Although there is evidence of human settlement in the area about the dawn of man, the written history of Budapest starts with the Romans.

They founded a colony known as Pannonia and although they only stayed a few centuries their influence on the city can still be seen.

They exploited the thermal springs and built the first public baths, something that still attracts thousands upon thousands of visitors each year as well as helping the well-being of the people of Budapest.

Yet the first stop on the day’s tour was at Szentendre, a small and picturesque city on a bend in the Danube River.

Knowing little about it beforehand it looked like a good place to pick up a bottle of palinka, the fruit brandy that looks to be the national drink of Hungary.

Yet the more we walked the cobbled streets of this community that started life in the ninth century as a deserted Roman fortress the more we got a feel of everyday Hungary.

Not the urban grubbiness of Budapest, a city with a glorious past trying to shake off the grey years under communism and embrace the European Union. 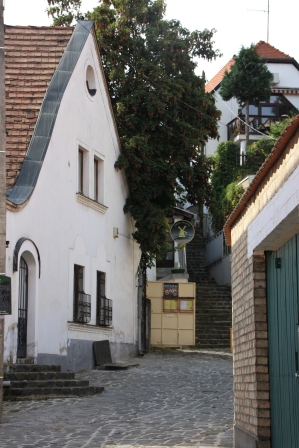 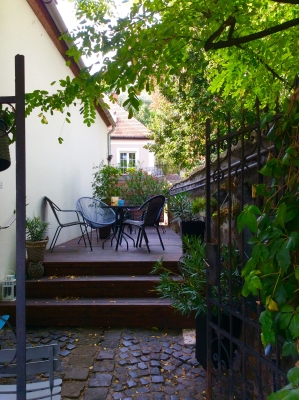 The Roman fortress at Szentendre had fallen into ruin and a settlement was established on the remains of the buildings.

Yet during the Ottoman era the area fell on hard times and people moved away. After the Ottomans were expelled from the area at the end of the 1600s, foreigners moved to the settlement.

Today it is an artist’s town, one of galleries and museums, cafes and shops, colourful houses as well as church spires.

Then there’s the Retro Design Center – a time travel into the ’70s with cars and televisions from the Eastern block countries, toys and record players, motor bikes … even a bus. 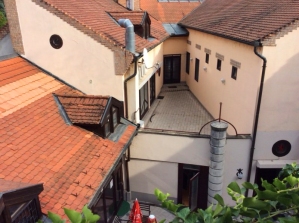 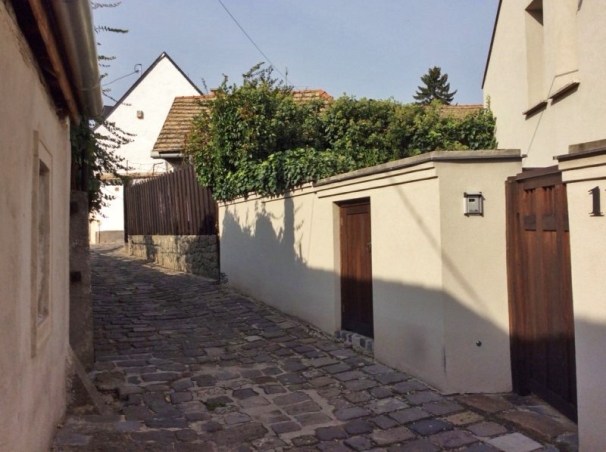 Travel is about going those extra yards, looking around a corner, exploring the narrow alleys, stopping to talk with people.

You wonder what’s behind the closed doors, what’s cooking on the stove in the kitchen. And are surprised at the differences in one house and the next. 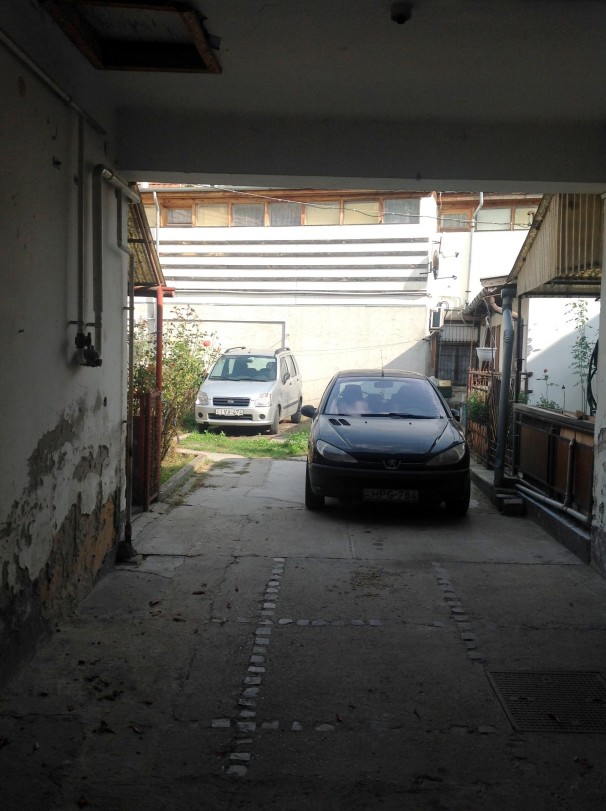 Here, you have a smorgasbord of architectural styles that reflect the varying influences through the years.

Serbs were invited to emigrate to Hungary to evade the Ottoman Empire, and they left enduring traces on the townscape as well as its culture. 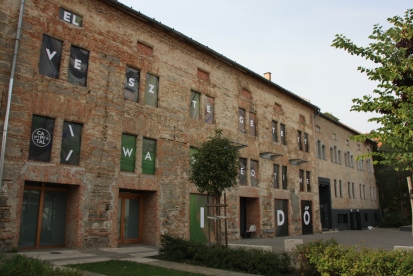 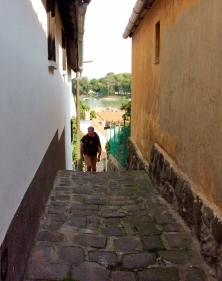 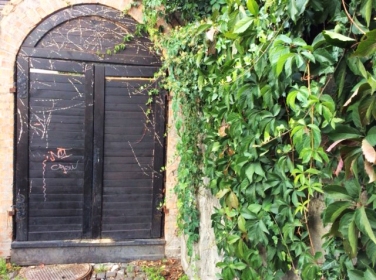 The calm provincial life of the city has attracted artists since the beginning of the 20th century.

Today, more than 250 fine and applied artists, authors, poets, musicians and actors live in the city.

There are many museums and contemporary galleries representing the rich traditions of the visual art. 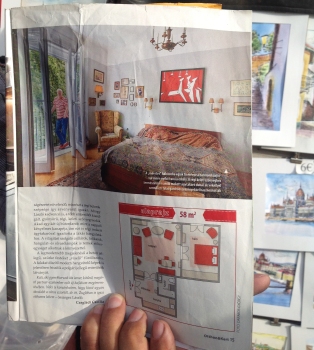 Stopping to talk with an artist, painting in the street, you realise that artists worldwide share many things.

He talked about his modern geometric work and shared curiosity.

That “what if I do this” in his creativity.

His passion was modern art yet he earned a living selling watercolour scenes of the town. He was proud to show us some of the work he was passionate about when we showed an interest.

Yet painting watercolours for visitors was his work, what he did each day.

It reminded us that everyone can be an artist when they work in an encouraging workplace.

And that if you cannot always do what you love then at least love what you do.

Returning to Budapest just after midnight following a brilliant performance by the choir at Esztergom Basilica, the coach was diverted near Nyugati Railway Station.

It was just a few blocks from our hotel.

Initial reports were of a terrorist attack yet that was soon changed to an explosion in the gas lines under the streets of this enduring city.

That in itself reminds you of the importance to take people as you find them, not assuming. 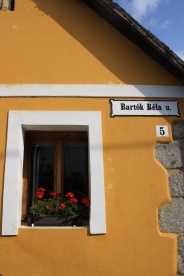 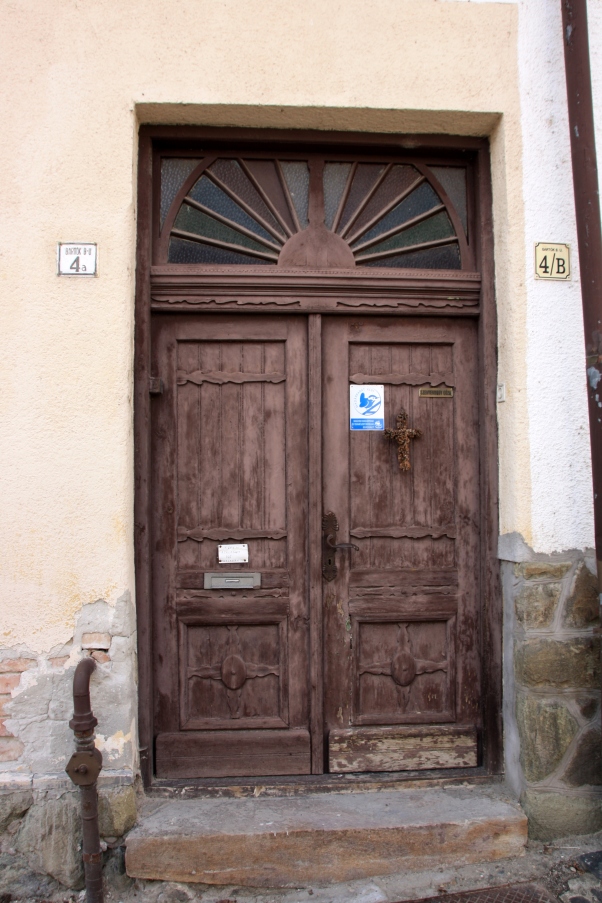 4 comments on “A Bend in The River”