The Battle For Peace

The Armed Man: A Mass For Peace To Commemorate Armistice Day Centenary

War affects everyone. Those serving in battle and those at home dealing with the casualties.

It affects both sides of a conflict, people from different cultures, age groups and ways of life.

Highlighting 100 years since the Armistice was signed in 1918 to end World War One, Sunshine Coast Oriana Choir has been invited to join the Brisbane Symphony Orchestra to participate in their presentation of Karl Jenkins’ The Armed Man: A Mass For Peace.

A major modern orchestral and choral work, it reflects on the passing of the most war-torn and destructive century in human history and looks forward in hope to a more peaceful future.

The Armed Man is dedicated to the victims of the Kosovo conflict, whose tragedy was unfolding as it was being composed.

Oriana Choir president Melissa Innes said choristers had been overwhelmed in rehearsals by this extraordinarily moving Mass of Peace.

“We feel so fortunate to have the opportunity to present this important and very stirring work with  Brisbane Symphony Orchestra.

“It is a privilege to join with fellow musicians who share similar heart-felt stories of a war-torn world community.

“This work reminds all of us of the futility of war. It is a challenging sing, given the emotions and sometimes traumatic moments in the text and music.”

First performed in 2000 by the London Philharmonic Orchestra and the National Youth Choir of Great Britain, it has as its framework the traditional Catholic mass, including settings of the Kyrie, Sanctus, Agnus Dei and Benedictus. But what makes the work distinctive are the lyrics drawn from many parts of the world and from diverse religions and cultures.

The work manages to summon a wide range of emotions, taking in rage, despair, almost overwhelming grief, and horror at the utter destructiveness, wastefulness and futility of war, and balancing all this with an affirmation of enduring faith in the human spirit to choose the good and the right over the evil and wrong, and to find a way forward to a better future.

Performances will be given at Lake Kawana Community Centre on Saturday, November 10, and at the Brisbane City Hall on Sunday, November 11. 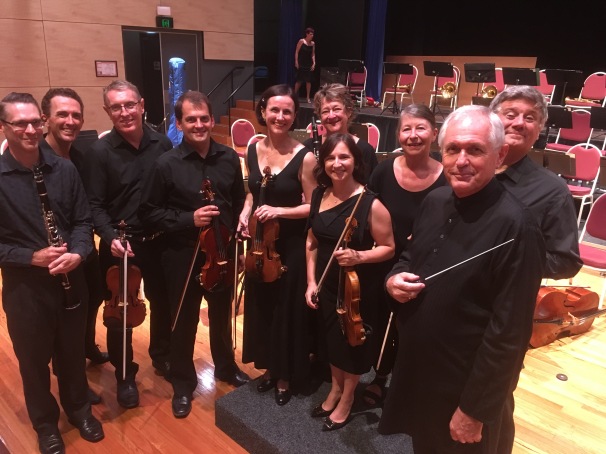 “The silence and reflection during The Last Post, which is played mid-way through the work, is a very powerful moment and strong reminder about the lives lost during this tragic time in our history,” Melissa said.

“We hope to share this work with those in the community who would like to reach out to their past ancestors and comrades who made the ultimate sacrifice for human kind.’’

Choir member Bert Morris was born in 1931, just 13 years after the end of World War One.

“Little was ever said about the war or the loss of life or the hardships.

“I grew up knowing little about the war or it’s effects on my own family. The only sign of the war in our family was that my grandad did not work but had to visit the doctor seemingly every other week and then the chemist where he collected some mysterious packages.

“I did not know that he had been wounded during the war or that he carried a permanent open wound which required daily dressing hence the frequent visits to the doctor and chemist.
“One sign of the war occurred each November 11, Armistice Day, when a bugler came to a plaque mounted on the wall further down the street.

“He played what I now know to be the Last Post. Everybody stood still. There
was silence.

“It’s to remember the war.”

And that’s all the young Bert knew.

Later he realised that the names on the plaque were those of local men who had been killed.

He also came to understand that two of the names were those of his uncles.

“I had a connection with The War.

“The same two names I also found inscribed in the Memorial Chapel which was built
on to the cathedral that was our parish church.

“The two uncles were my grandmother’s brothers. Not only had her husband been blown up, she had also lost two brothers.

“Christopher Mooney was killed in April 1915 at Gallipoli.

“The other, Robert Mooney, aged 43 years old, with two children, near Ypres in Belgium in August 1917.

“My wonderful Nana’s loss is unimaginable.

“She never spoke of the war but she did say many prayers, offer up many masses and was kindness personified.
“From 1939 to 1945 I lived through World War Two and from 1950 to 1952 served in the Royal Air Force.

“I came to have some understanding of war and what it means. However, it was not until I read about the endless bombardments of the men in the trenches of Belgium and northern France that I started to appreciate the soldiers had endured.

“Knee deep in mud, battered by constant shelling, terrorised by sweeping clouds of poisonous gas and then the  whistle blowing meant they had to leave the
‘safety’ of the trench and climb over the top to face the machine guns and the wire.

“Poor Christopher. Poor Robert. Poor millions of others who died with them.
“The least I can do to thank and honour them this Armistice Day is to sing The Armed Man.’’
Fellow chorister Noela L’Estrange cried when she stood on Gallipoli beach, remembering her father who died of World War Two injuries just days after her 18thbirthday.

Her memories were both beautiful and sad.

“The sea gently rolling into the pebbles, thinking of the bloody battles, heroism and senseless waste of young lives.
“I mourn the joys that our family lost as we grew up, married and had children of our own.

“There is inter-generational family and community loss from war. Memorials don’t always help in that recovery.
“Our world peace is constantly threatened, but it is only peace that makes a fruitful future possible.

“This Mass challenges us all to work for that lasting, peaceful future.’’

Thirteen years with Oriana Choir has given Kendall and Yokki Rother a myriad of musical memories.

From placing second in an International Eisteddfod in Wales, to visiting Beethoven’s grave in Vienna and singing Australia’s national Anthem at Menin Gate, Ypres.

However, The  Armed Man is more meaningful for them than all that has gone before.

“Firstly, the futility of war is ever-present for Yokki since World War One and World War Two destroyed his extended family,’’ Kendall said.

“Secondly, since 2013, we have been volunteering to support refugees who have fled their war-ravaged countries.

“We share their physical and emotional trauma and they have become our extended family.

“This powerful work deepens our compassion and strengthens our hope for world peace.

“We will be singing for past and present loved-ones.’’

Jo Evans brings the New Zealand side of Anzac to the choir.

She suspects that for many in Oriana Choir this will be the most emotional of performances.

“The Armed Man is so very harrowing in its beauty. You cannot help but feel the exciting build-up to war, quickly followed by the sheer horror of the destruction that ensues.

“The futility and waste is eventually overridden by the resounding hope that man will find his way to peace.
“In little over an hour, the audience will be taken on a journey of over 2000 years, hearing of the effects of war.

“Jenkins ensures that audience and singers alike are caught up in the orchestra’s fervent call to war – underpinned by spectacular military percussion.’’

The challenge for Oriana Choir, Jo said, was to impart the emotion that the work demands, without becoming overwhelmed by it or by the audience’s response.

“It is our hope that our Oriana sound will bring a particular nuance and beauty to the vocal score – even at the darkest moments.

“You can feel at rehearsals that everyone absolutely wants to do justice to this amazing work.

“It means something different to each of us as we draw on personal and family memories. It is something very close to the heart, and that is where we will sing it from.’’

In many years of choral singing, John Robertson has not been as moved viscerally as he has in preparing for this performance.

“It takes both listener and performer alike on a roller coaster ride of emotions in a dramatic demonstration that war is indeed a scourge and a curse on all humanity.

“It ends in a message of hope, beautifully resolved musically in a sublime call for 1000 years of peace.”

WAR: WHAT IS IT GOOD FOR

“The 1969 Norman Whitfield–Barrett Strong song asks the question: War – what is it good for? And it gives its own answer – absolutely nothing!

“The Armed Man says the same thing. Musically, and lyrically, it is the most eloquent expression of the horror, waste and utter futility of warfare that I have ever heard.

“Written as it is, within the framework of the Catholic mass, the music is incredibly beautiful, and I love singing it.

“I have never lost anyone dear to me as a result of war, for which I am truly thankful. But The Armed Man expresses, better than anything else I can think of, and certainly far better than I could myself, how terrible that sense of loss would be.’’

Meanwhile Ruth Rix finds performing this extremely moving work to be a way of paying a personal tribute to members of both sides of her family.

“Several members of my Berlin family did not survive the Holocaust.

“My mum’s brother served in the New Zealand Army and was in Italy during World War Two.

“He was just 22 years old and was killed. The loss of an eldest child and brother was one from which my family never truly recovered.” 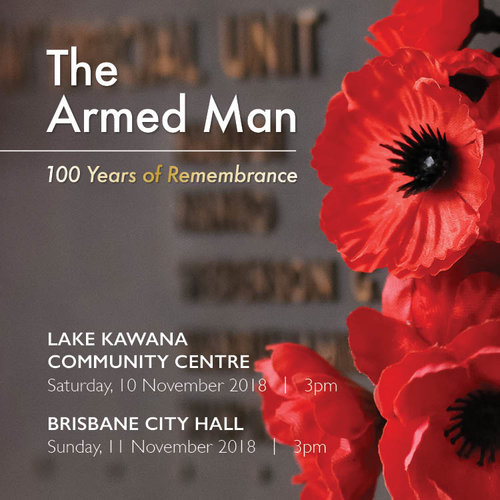