Discovering The Wilds Of The West 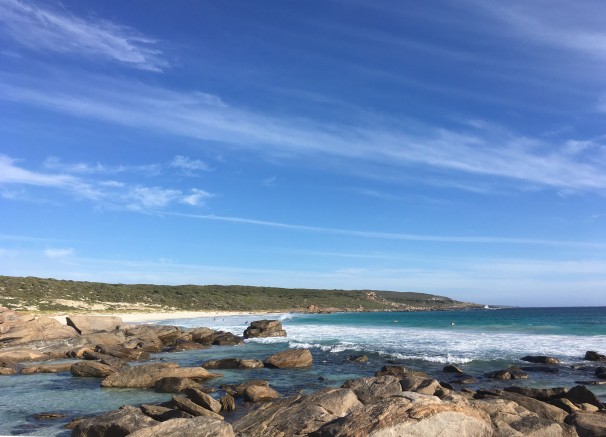 THERE’S more to Western Australia than Margaret River wines and the magnificence of the Kimberleys.

For a taste of the Great South West, you need to have time … time to stop and talk, time to walk and soak in the fresh air and open spaces as well as the neighbourly friendliness of the people.

It starts as soon as you get onto a plane or head off on a road trip. It’s one of the longest journeys you can take from Australia’s east coast without needing a passport.

The drive south of Perth is a great introduction to this vast and varied state. From the karri forests and rich farmland in the southwest to the mining country.

Follow the coast to Albany with its majestic King George Sound and the National Anzac Centre, something that resonates with anyone … from home or abroad.

Continue east through the Stirling Ranges to Esperence and its famed pink lake. From there, head north to Kalgoorlie and the mining country before returning to Perth.

On a recent night flight from Brisbane to Perth I was seated beside a young Italian woman headed for Broome.

After working in Brisbane for some time she wanted to see an average Australian town.

After thinking for a few moments I answered, “Yes. It has a rich indigenous culture, an early history with the pearling fleet and plenty of beautiful places to visit.’’ 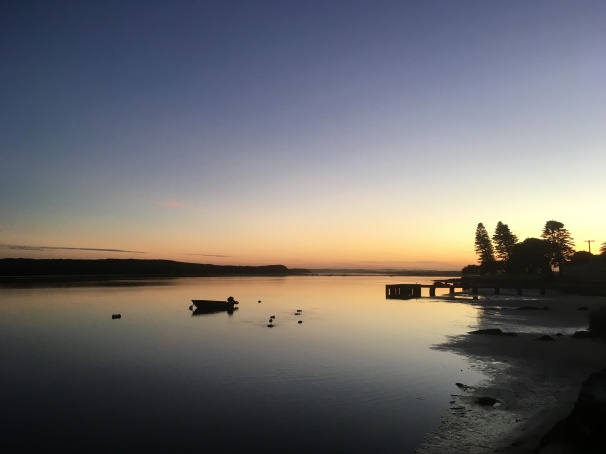 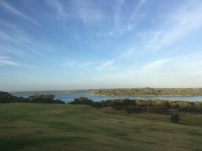 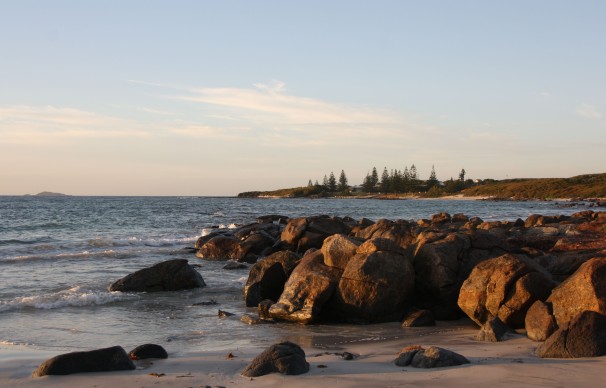 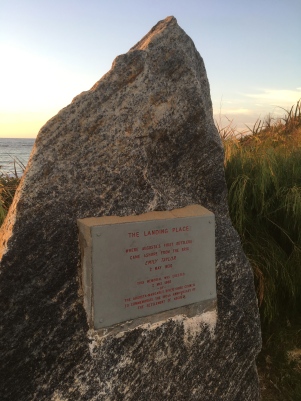 A few days after landing in Perth I am sitting on a rocky outcrop at Augusta, near Cape Leeuwin, and reminded that this historical place is diagonally opposite Cooktown in Far North Queensland.

From the high vantage point, you are looking over a river where early explorers landed. On the opposite bank the land rolls out before you.

Cooktown has links to Cook’s Endeavour, and Augusta to the French sailing ships Naturaliste and Geographe. Augusta is at the mouth of the Blackwood River, where the Indian Ocean meets the Southern Ocean.

Other ships to visit the area long ago included Dutch vessel Leeuwin (Lioness) in 1621, regarded as the first sighting of the south west coast of Western Australia, the ‘t Gulden Zeepaert in 1627 and in 1772 geographical observations were recorded by the French ship Gros Ventre that anchored in Flinders Bay 1800-1830. 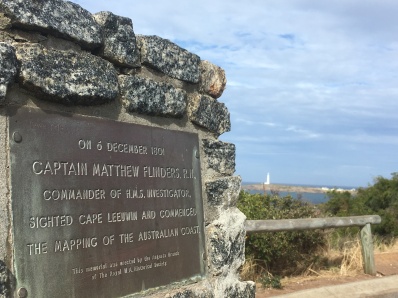 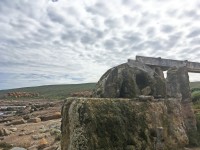 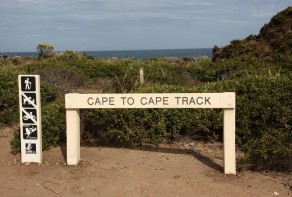 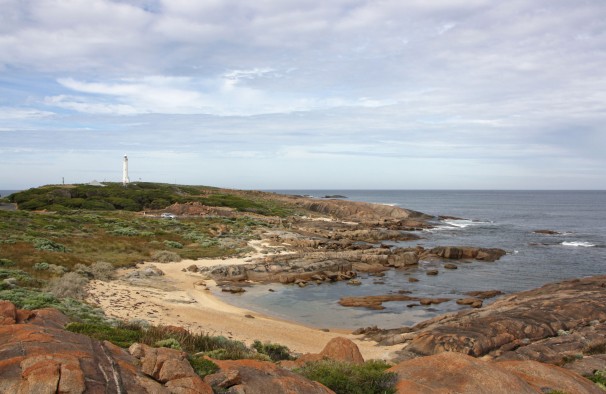 Matthew Flinders landed here on the Investigator and named Cape Leeuwin on December 6, 1801.

As the sun rises over Flinders Bay I am reminded of the courage and skill of those early explorers.

Today there are walking tracks and beaches, wine-making and primary production such as grain and grazing … it is a food bowl of the world.

Leeuwin is the most south-westerly mainland point of the Australian continent and is linked with the next headland north, Cape Naturaliste.

This forms the basis for the Cape To Cape Walk, that winds some 138km and can generally be covered in five to six days of hiking.

It is fascinating to combine this sense of history with the natural attractions and enjoy the Western Australia of today.

The Cape to Cape Walk runs along the Leeuwin-Naturaliste Ridge, between the lighthouses of Cape Naturaliste and Cape Leeuwin. It features spectacular coastal and forest scenery, a fascinating geology of cliffs, caves, headlands and rock formations and an ever-changing display of vegetation and wildflowers.

Dedicated hikers complete up to 30km a day, along coastal paths and sandy beaches with rocky headlands as spectacular as any in the world.

Meanwhile organised walking tours cater for all age groups and abilities. They can pick up and drop participants as needed, ensuring comfortable accommodation each night.

Each day hikers are taken to a new section of the track and walk between 10 and 20km before being picked up in the afternoon.

But don’t rely on mobile reception in some of these areas, an indication of the remoteness. 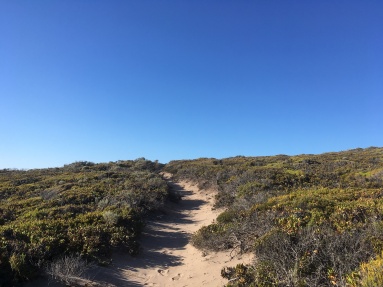 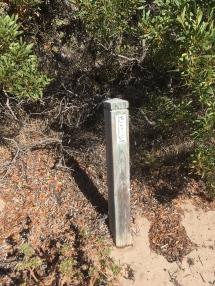 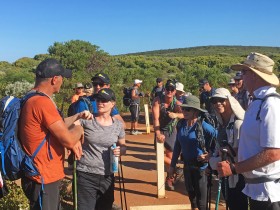 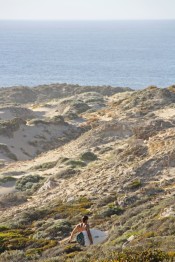 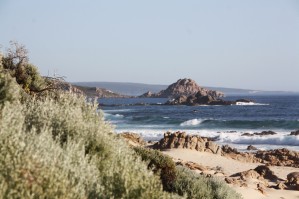 As a group finishes the trek at Cape Naturaliste lighthouse, they tell me of the sense of achievement and the beauty of the coastline cannot be fully appreciated until experienced. Places such as Hamelin Bay, Redgate Beach, Prevally, Margaret River, Cowaramup and Yallingup.

Hamelin Bay is named after French explorer Jacques Felix Emmanuel Hamelin who sailed through the area in about 1801, along with Captain Nicolas Baudin on Geographe.

In its heyday Hamelin Bay was a major timber port and the main jetty was 549m long. Today it is one of the best places in Australia to spot wild stingrays up close. The gentle and friendly, yet completely wild stingray population that live in the bay are unafraid of people wading in the water and swimming with them. 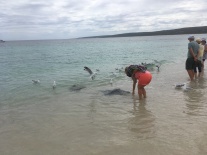 In certain conditions, it is still possible to see some of the ships that have been wrecked and the bay, with its pristine white sand, is breathtaking on a sunny day.

Western Australia has developed a large number of heritage trails and one of the most unusual is The Hamelin Bay Wreck Trail which requires a boat and diving qualifications and allows those proficient in diving to explore the wrecks of the Agincourt (1882), Chaudiere (1883), Katinka, Norwester, Lovspring, Arcadia (all in 1900) and Toba (sunk sometime in the 1930s).

Cape Naturaliste is the end of the Cape To Cape Walk yet it is also the start of further adventures. To the north is Geographe Bay and the resurgent seaside centre of Busselton.

Other names from the area with historic links include Vasse and Capel, both now well known for their vineyards.

Vasse was named after French seaman, Thomas Vasse, who disappeared in the area in June 1801 during Nicolas Baudin’s expedition.

The Capel area was settled very early in the history of colonial Western Australia. The Capel River was discovered by Frederick Ludlow in 1834, but it was not named until the Bussell family settled in the area. 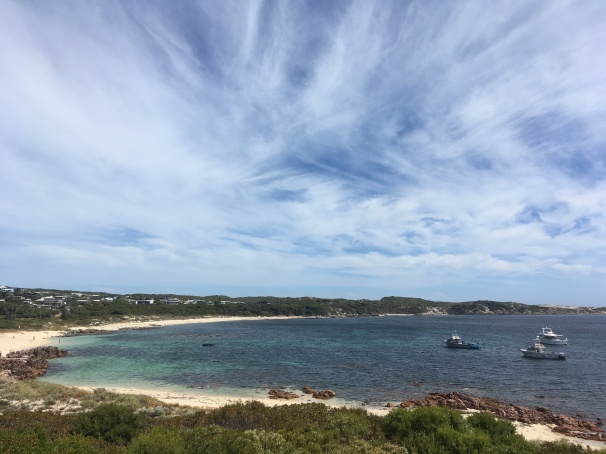 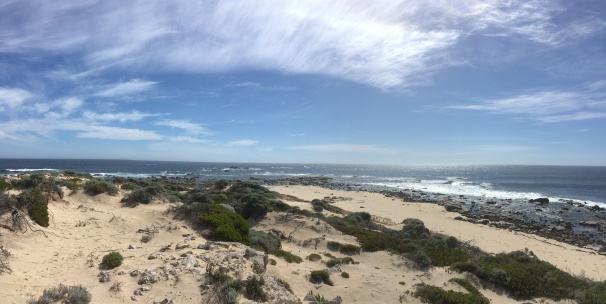 The coastline can be extremely dangerous, not just from the unexpected ocean swells crashing onto rocky headlands. In 1996 at Gracetown a section of the cliff face collapsed resulting in the deaths of nine people.

Yet beaches such as Redgate and Cowaramup take your breath away. So does Yallingup with its hotel overlooking the sheltered surf beach and the mystery of The Canals on the other end of the bay … here you can float in and out on the surge of the waves through a series of waterways and waterholes in the rock outcrops.

Nothing can deny the majesty of the surf breaks at Margaret River. The sheer rawness of the elements as the heavy Southern Ocean swells end their rush to the shore on reefs, headlands and sandy coves. 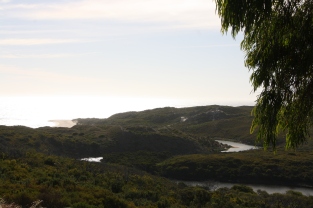 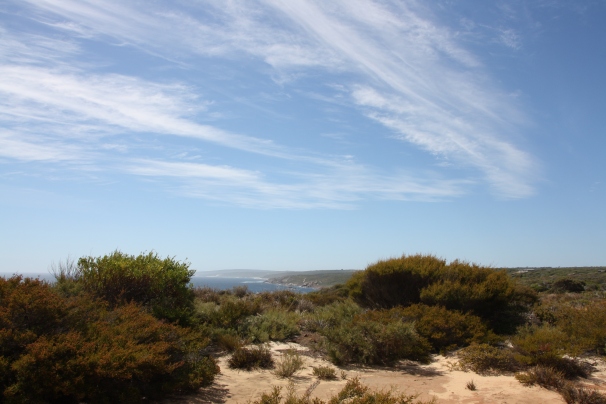 Margaret River wineries are known worldwide, just like its surf beaches. And for good reason. It was established as a wine-growing region in 1967 and is frost-free.

The Mediterranean climate and rich sandy soils provide the perfect growing and maturing conditions. It is then up to the winemakers to complete the process.

Throughout the Great South West the different climates engender many varietal wines. Accordingly the Leeuwin, Pemberton and Porongurups have a slower maturing of grapes on the vines.

It is down here, through the tall timber country, that you discover another side of the West.

The Bibbulmun Track is one of the world’s great long-distance walk trails, stretching 1000km from Albany to Kalamunda in the Perth Hills, winding through the heart of the scenic South West of Western Australia.

Designated overnight rest areas and commercial accommodation are located at more than 50 sites along the way. Some of that shelter is fairly basic but it does provide shelter and sleeping off the ground.

There are so many places to appreciate the sheer beauty of the karri forests in this area. Climb the Dave Evans Bicentennial Tree near Pemberton, a 75m-tall karri tree using only metal spokes that spiral up the tree, or do the Valley of the Giants treetop walk out of Denmark. It’s like being transported back to the Jurassic Period.

So what are you waiting for? Get out a map, pull on the hiking boots and set about exploring this great country. Just remember, take appropriate clothing, a wide-brimmed hat, plenty of water and a hiking stick. 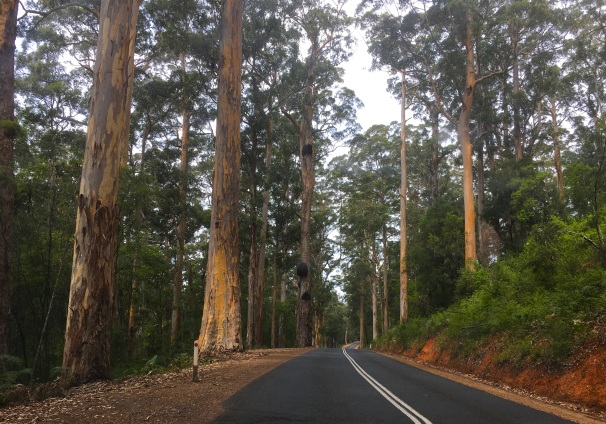 2 comments on “Discovering The Wilds Of The West”