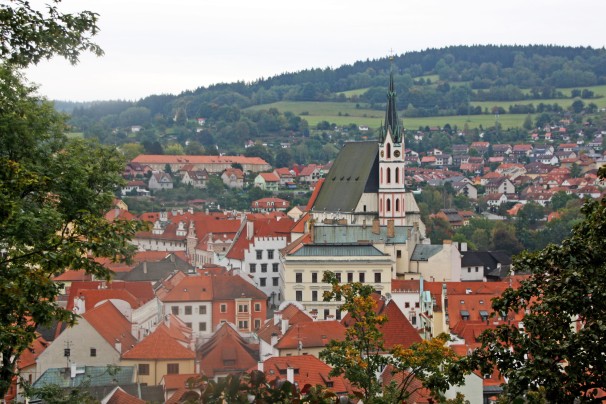 A Tale of Two Ceskies

What a surprise to be able to explore Cesky Krumlov in the Czech Republic. There was a time when thinking of getting to see this land that has seen so much of history was simply out of the question.

Yet now, we are in a different time and a different world. One in which travel and understanding each other go hand in hand.

We crossed the border from Austria in the soft rain and low cloud of early afternoon. It was as if we were crossing back into time, back into the Czechoslovakia of the 1970s and the greyness of the Communist era.

Yet there were no border guards this time, just the bleak buildings you often find at border crossings.

The border was very secure in those times, our bus driver tells over his microphone. The surrounding farmland and forests were heavily land-mined. People were still prepared to take the risk though in their bid to cross into Austria.

Today you are more likely to be confronted by drug traffickers, the driver goes on to say.

Yet the further we drive into what is now the Czech Republic the better the buildings look. People are trying to lift their spirits.

Being part of the European Union certainly has benefitted the nation. They seem to be throwing off the drab years under Soviet rule. Unit blocks are being repainted, new industries springing up beside old.

It’s not long before we descend into the valley where Cesky Krumlov sits. It’s a UNESCO World Heritage Site that features 300 protected Medieval buildings. 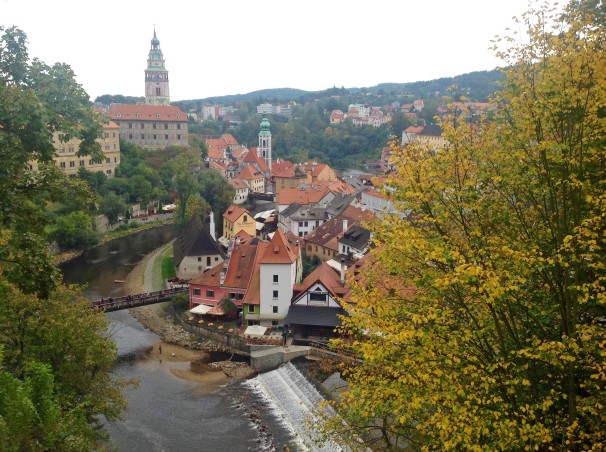 Lively and colourful, the town is dominated by a huge castle and the church of St Vitus. Cobblestone streets, streams running through the old part of town. It feels like you’ve stepped into a fairy tale. 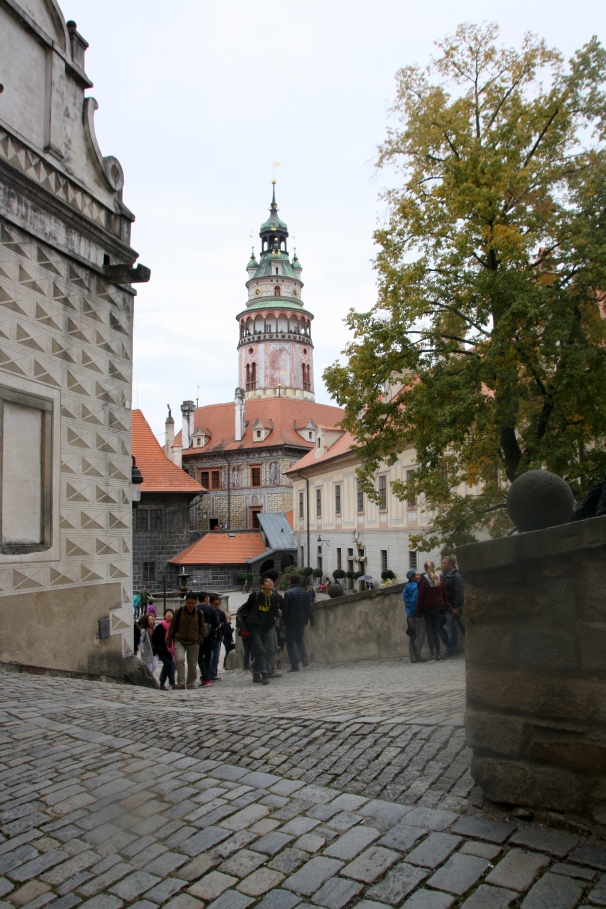 Being there in mid-October, the changing colours of the leaves provided a dappled palette. The soft rain does not detract from the experience. In a way, it is what you expect.

Cesky Krumlov Castle dates back to 1240. Surrounded by landscaped gardens, the castle stands on a rock promontory sculpted by the Vltava River.

There is even a maze to get absorbed in. 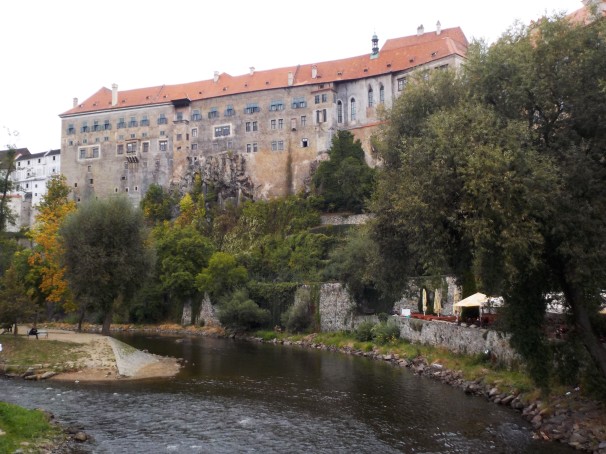 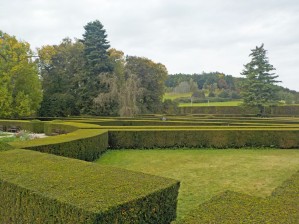 From the castle surrounds you get good vantage points of the town below, the rooftops and towers are a patchwork of terracotta and ochre. 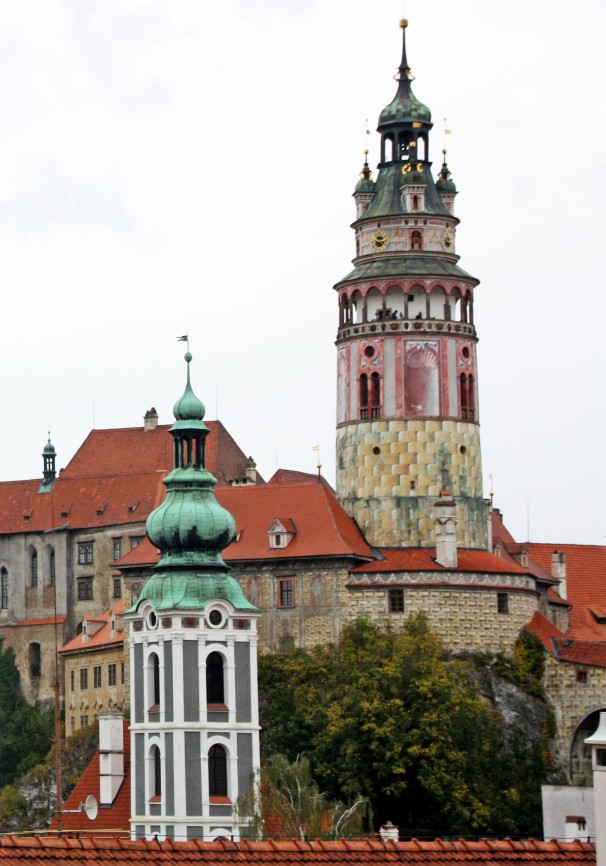 You are simply caught up in time, soaking up the architecture and the feeling of what it must have been like in the medieval times. 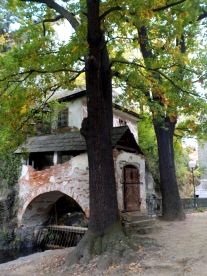 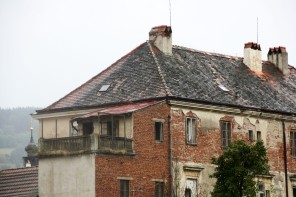 We are travelling with the Sunshine Coast Oriana Choir on their three-week concert tour of Central Europe.

Tonight, we will be staying at a four-star hotel nearby in the major city of Ceské Budejovice after a concert in the town of Trebon.

Czecheslovakia was created after World War I from what was Bohemia and Moravia regions.

A big cake that was, throughout centuries, carved up by aristocratic dynasties, the church or powerful governments.

It was ruled over by the Austro-Hungarian Empire, Prussia or Russia.

Everyone wanted a slice of the cake and a lot of these smaller Central European countries lost their background.

Yet the Czech Republic has become a proud country.

The artist Klimt and the like spent a lot of time here in this artistic and cultural wonderland. 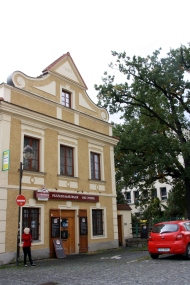 The largest city and regional capital of South Bohemia, Cesky Budejovice is home to more than 100,000 people.

It is most famous as where the original Budweiser Brewerey is – not the American spin-off.

Budvar lager, we are told, is real beer. One of the best in the world.

The founders of US brewer Anheuser-Busch chose the brand Budweiser in 1876 because it was synonymous with good beer.

Apparently, there has been an on-going legal dispute about the brand name, to clear up the confusion.

In the bar of the hotel we try a heady pint glass of the brew. 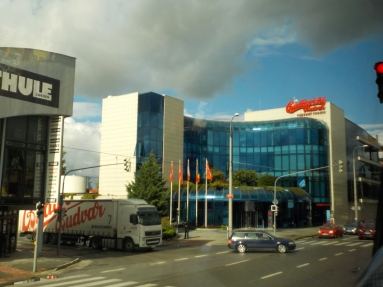 Having a beer in the bar is a substitute for a meal. Not a good habit to get into but here, barely a kilometre away from the brewery smoke stack that rises above the city skyline, it seemed better than another plate of goulash.

Besides, the bar of the hotel is modern, cosy.

Across the street there are the competing signs for a casino and a sex shop.

The city square, lined with Renaissance and Baroque houses, is one of the largest in Europe. It includes the town hall and, opposite, is the 72m Black Tower that dominates the skyline.

Streets around the square are lined with burgher houses while near the river is the former Dominican monastery of 1265. 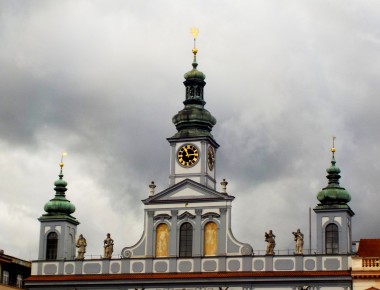 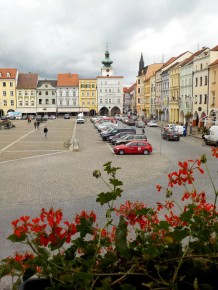 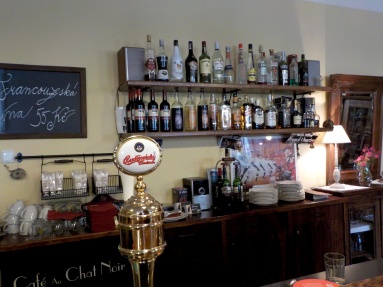 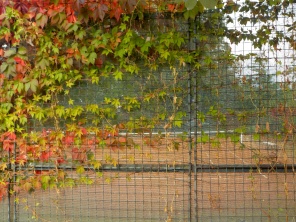 Parkland and sporting venues are along the western banks, making a pleasant walk back to the hotel then the half-hour journey to the neighbouring town of Trebon for tonight’s concert in the Municipal Theatre. It will be another chance for the soloists to come to the fore.

As darkness descends, the coach pulls up outside the old walled entrance to Třeboň town centre. 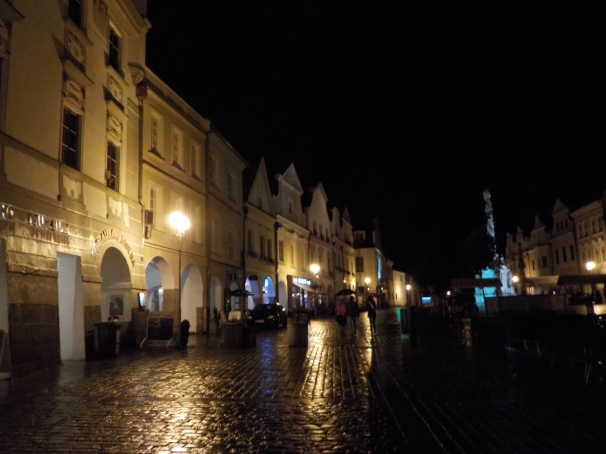 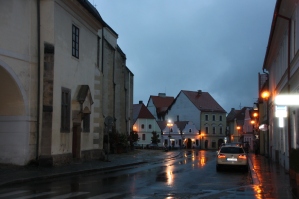 Members of the choir make their way by foot through the quiet streets.

I stop to take photos and suddenly the choir has gone, up a laneway and out of sight.

I try to follow and end up in the projection room of the local cinema. But then I find the posters advertising tonight’s performance.

It is the choir’s first in the Czech Republic of what is the last leg of the tour.

Třeboň was established around the middle of the 12th century.

The venue for the concert is the old town hall in the centre of town. Posters in the foyer show the importance of the venue over the years.

It’s an intimate performance venue with not just dress circle lounge seating on three sides but a balcony as well.

There is an eagerness and warmth from the audience. Especially when the choir sing two compositions in the Czech language.

Highlights from the performance were Song to the Moon from Russulka by Czech composer Dvorak, sung on the night by soloist Sarah Lawes with piano accompaniment by Fay Baker; also Nepovim by Dvorak and sung in Czech by the full choir.

Afterwards, dinner is in a nearby restaurant then the bus takes us back through the night to the hotel.

Sleep comes easily as we enter the last stage of the tour.

Tomorrow … the magical city of Prague. 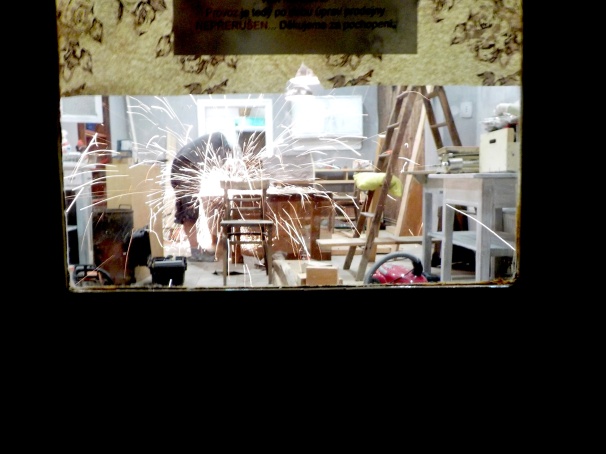