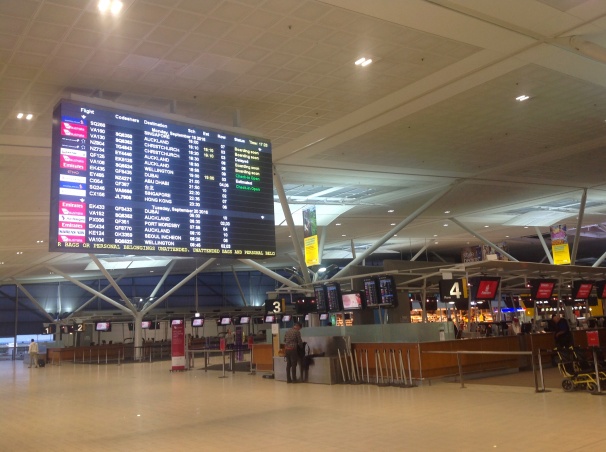 Packing the bags in preparation to travel. It’s not as simple as you’d think.

Money? How much. What form?

What happened to the old notepad and sketchbook of the 1970’s?

They’ve gone into the museum!

Travel sim for the phone, cash card for expenses.

No! Real camera must go along, not just for the ride.

What to wear – where and why and when? Who will we be meeting on this European adventure?

Hungary, Austria, Slovakia and the Czech Republic. Nine performances by the Sunshine Coast Oriana Choir from Queensland, Australia, in 21 days at some of the great cathedrals and concert halls.

The uniforms are washed and ironed, the sheet music folded.

There’s walking and gym gear, casual – most of the time. And some clothes a touch smarter for the more formal events.

All to fit into a carry-on roller bag.

No. There is no way 10 kilograms of luggage (total) will suffice.

Maybe 15 kilograms. Sure. That gives some freedom without being a burden.

And the carry-on back-pack.

Having an understanding of those contrasting countries takes time to grasp.

Got the basics simply by being aware as history happens. Yet the real guts of situations and remote historic events take research, digging and dissecting.

So much of the pleasure from travelling, as distinct from holidaying, relies upon the preparation. It’s personal.

When the planning is done and dusted a veil of mild anxiety lifts from your mood. To be replaced by that building sense of anticipation, excitement and awareness that we are so lucky to be able to indulge in travel for pleasure.

Imagine packing your life and walking away from home, never to return like so many have been forced to do.

We’re heading into Central Europe, the scene of the best and worst of life over centuries.

One memorial to find is one for the forced marches during war time that consists of cast bronze shoes.

I’m fortunate … my shoes have always taken me where I choose to go.

Guide books and maps? No, don’t bother … use Google maps.

Pack in masses of the elusive sense of humour, tolerance, empathy and energy.

That is why we started gathering at Brisbane International Airport late afternoon in September, 2016.

The touring group of 60 were making their way to Europe as it suited them individually. The idea was to all be in Budapest by September 21 to start the concert tour.

In the departure lounge some of those choir members on the night flight to Dubai and on to Budapest tell why they sing.

For the simple fact it brings enjoyment and that if you have a talent then you owe it to the world share it.

You also have to think of every new audience as deserving of the best.

A first-time traveller to Europe is looking forward to visiting places he will never forget, places such as Budapest, Vienna, Prague and Salzburg.

This is because of the music history, the composers.

Salzburg, for instance, being Mozart’s birthplace and where they made the movie The Sound of Music more than 50 years ago. Vienna, where other greats composed, performed or were buried.

Having a love of music will open up your life, expand every area.

And with a sense of humour, all the better. 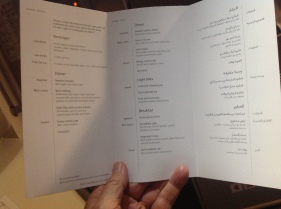 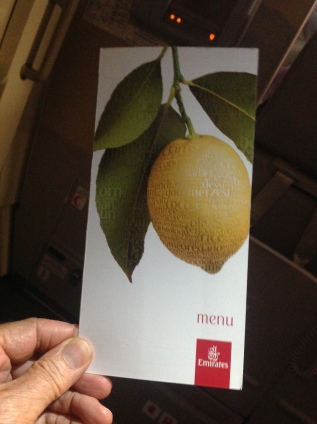 The flight is quite extraordinary. A welcome to Emirates Airlines and the fact that the members of the in-flight cabin crew for the journey to Dubai have been selected from 22 countries.

The level of service is exceptional. And the on-board technology includes computer tracking of the flight as well as external cameras to accentuate the view from the windows.

Breakfast is served and we touch down in Dubai … an oasis in the desert.

Nothing prepares you for the size and extravagance of the airport. Even at first light it is filled with travellers from all around the world. 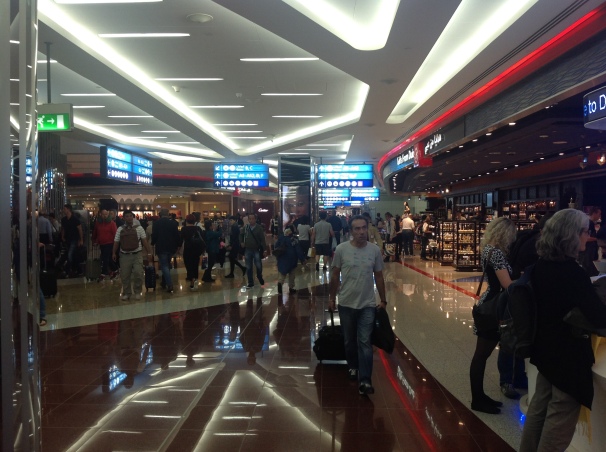 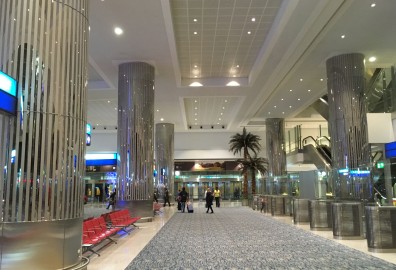 I’m taken by the chocolate-coated dates on sale.

“Would you like to try one?” the immaculately-groomed sales assistant asks.

“Yes, but I don’t have the right currency,” I reply.

The airport is a true crossroads of the world with planes carrying passengers between Europe and Oceania as well as from Asia and Africa.

Then it’s time to catch the driver-less train to take us from one terminal to another. Destination: Budapest. 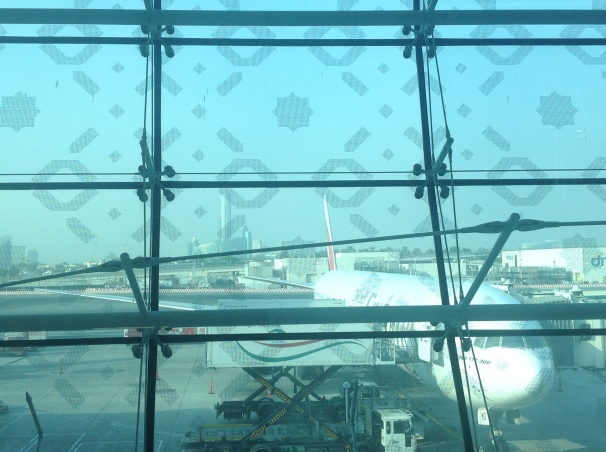