“Sometimes the little times you don’t think are anything while they’re happening turn out to be what marks a whole period of your life.” ― Andy Warhol, The philosophy of Andy Warhol

SUCCESS is a job in New York. It was an illustration for an article in Glamour Magazine dated September 1949, the illustration now claims the unique position of number one in the inimitable Andy Warhol’s artistic timeline. Someone who was to go on to become one of the world’s most influential artists. 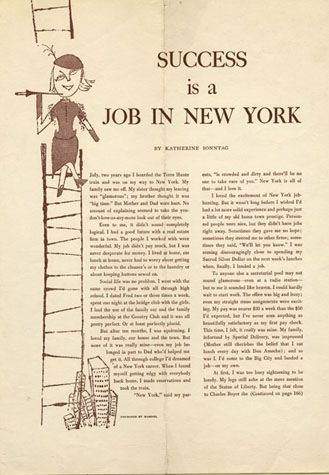 During the Post World War II period advertising agencies blossomed. It was the Mad Men era of Madison Ave and it’s where Warhol gained a name and fame etching fashion and advertisements for shoes, clothing, perfume. Now these brilliant, history-making sketches are on display in Sydney -– some never exhibited before.

Adman: Warhol before pop is one of those timed/ticketed exhibitions at the Art Gallery of New South Wales, where you can enjoy special moments with the art but without the crowds.

Yet if you are looking for the Marilyn and Mao prints, the Campbells soup cans and Coca-Cola bottles of his pop art period, forget it.

This is an exhibition of the early works of Warhol, as he struggled to find fame in the advertising world.

More than 300 works, many never seen on public display, provide an insight into this artist. 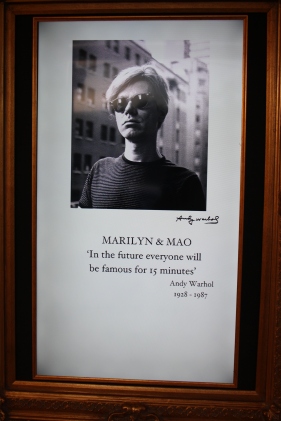 We learnt a lot about the pop-Warhol period in the exhibition at GOMA 10 years ago but little about his life before that.

That’s why this exhibition is so fascinating. We see his style developing, his whimsical humour and wit, the way he used creativity over technical ability. The way he observed or reflected life and used it as comment, long before personal computers and mobile phones.

In doing so, he established his own identifiable “brand” … a style that appealed to clients at a time when photography was on the rise.

Warhol established this approach with his first New York commission, for the September issue of Glamour magazine. By 1952 he had a roster of clients that included magazines, record labels and the fashion industry.

Then there’s the thought-provoking sketch of Natalie Wood. One of those quick, relaxed and skilful sketches only a professional artist can whip up so quickly and easily.

So quickly, so easily research is done there and then on our phones. The tragic drowning one windy night after a shoreside dinner and drinks. Too much drink? A BAC of 0.14%. Enough alcohol in the bloodstream and brain to make reaction and thoughts encumbered.

Visiting the Warhol exhibition opens many closed doors of long ago memories. Remember when same-sex relationships were hidden away in the closets? Illegal.

Warhol and his cohorts changed attitudes. This exhibition mixes personal and private lives, while introducing Andy’s mother. She lived with him in New York, and was responsible for the handwritten script in many advertisements.

And he could just have easily become a shoe designer, judging by the quality of his illustrations.

Born Andrew Warhola on August 6, 1928 Pittsburgh, Pennsylvania, to Slovakian immigrants, the young Warhol battled illness that confined him to bed for long stretches until his teens. His mother had a very religious background and she played a big part in his life, particularly after the early death of his father who was a coal miner.

Perhaps it was this background that gave him the drive to succeed. This drive, coupled with a dazzling imagination, saw him design the big Miss Dior piece, and go on to decorate such stores as Tiffany & Co, Lord & Taylor and Bergdorf Goodman.

He designed album covers, book jackets and even illustrated the raindrops, suns and clouds used in early-morning television weather reports.

In a breath of pure creativity, he used his mum’s handwriting in some of the copy. He used people a lot. Other people became his own art.

Later on, he removed himself from this art style and reflected upon life – realistically and unglorified. His work focused on removing emotion; instead he copied and reflected people’s desires back at them.

“The reason I’m painting this way is that I want to be a machine, and I feel that whatever I do and do machine-like is what I want to do,” Warhol said.

He didn’t confine himself to one medium. He tried them all. In this show you can expect to gain a fascinating insight into Warhol and the era. The show is more like a little museum or an open encyclopaedia than a typical gallery viewing.

Art Gallery of NSW director Dr Michael Brand said the show provided an exciting opportunity for visitors to the gallery to understand the formative years of one of the world’s most influential artists, providing deeper insight into the making of an icon.

“It is difficult to think of an American artist who has exerted a greater impact on the visual culture of our times than Andy Warhol, so we are thrilled to present this first-time experience for Australian audiences to delve into the early years of his career.’’

REFLECTIONS ON A POP ICON 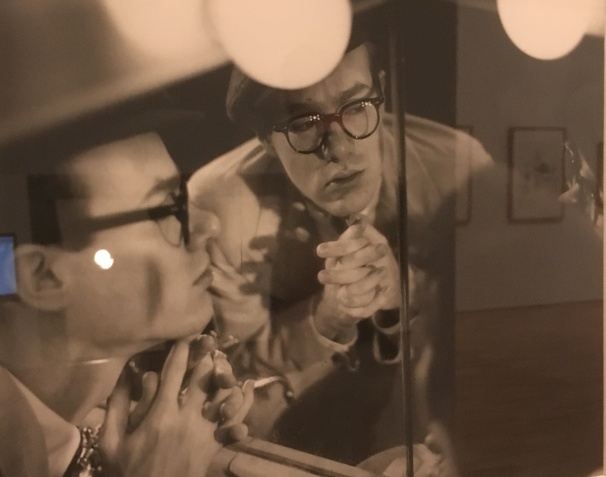 A man of his time or a time for this man?

He observed what was going on in the 1950s and 1960s, while growing up in post-war America, and he recorded it.

Maybe he was inspired by what he saw. Maybe he just recorded it.

Yet here he was, the son of a strong-willed Slovakian mother who had a very religious background.

He provided an everyday commentary on what was happening in life around him … in the streets, in the fashion houses and department stores of New York where he got his break as an illustrator.

Was it the religious iconography that his mother was surrounded with that was at the back of a young Andy’s mind?

Was it an inner desire to break away from his mother’s background or did fame just find him? Right place, right time?

Warhol reflected the lives of baby boomers, as the western world threw off the struggle of World War Two then the Korean War.

It was the Kennedy era, there was the Vietnam War, the glamour of Hollywood was flickering after such greats as Monroe disappeared from the screen.

A man for his time or a time for this man?