The Waltz of the Habsburg Empire

AN intoxicating world of imperial glamour. A place of such grandeur that it rivals Paris.

Vienna … one of the world’s most liveable cities.

You can see why it’s called the capital of the world when you visit the parliament, dedicated to the Greek philosophy of government.

Monumental public buildings and grand mansions, marble, crystal and gold in the ballrooms of palaces built by the richest of the rich. 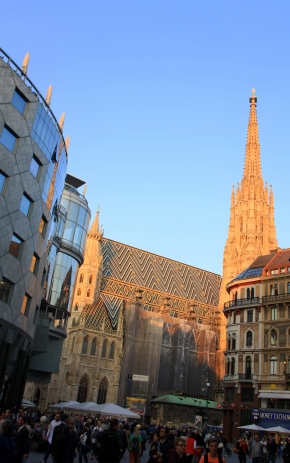 Yet they could be seen as the last waltz of the Habsburg Empire that ruled Austria from the late 1200s to the end of World War I, at many times dominating much of Europe.

What surprises you is the display of majestic buildings and parks, the heritage of music, art and literature.

The reflection of the power of the Habsburgs, particularly in the 1400s and 1500s then in the 1800s … right up to the final days of World War I.

That is what you first have trouble coming to terms with, especially having come from a country such as Australia that has had barely 200 years of western civilisation but been inhabited for more than 30,000 years by the Aboriginals.

Looking at it in this way Europe is relatively new when measured against the oldest of continents and cultures. Yet this heady mix of history and culture is inspiring, intoxicating.

Vienna owes much of its international fame to the many celebrated composers who lived and worked here including Strauss, Mozart, Beethoven and Haydn. The Vienna Philharmonic Orchestra is one of the world’s best, the Staatsoper one of the world’s leading opera houses, the Vienna Boys’ Choir one the world’s most famous.

Then there is the art – it’s everywhere. In parks and galleries, on the streets and the walls of buildings.

One of the traditions is to sit and relax at the one of the many coffee houses for which Vienna is famous. Café Central was where great philosophers would gather to discuss their ideas. It opened in 1876 and became a key meeting place of the Viennese intellectual scene.

The home of thinkers, artists and writers exchanging radical ideas. Trotsky, Lenin, Stalin used to meet there and play chess. Freud as well.

Indeed, no visit to Vienna would be complete with a visit to a café. The Wiener melange (Viennese blend) is a specialty coffee, similar to cappuccino – black with whipped milk.

Vienna coffee house etiquette has an unwritten rule that a cup lets you linger. There among, stands of newspapers and magazines to browse through, you can contemplate the wider world.

The food is from all over, mixed together but a bit crumbly. Perhaps it’s a metaphor for the old Habsburg Empire.

Today’s cityscape is characterised by the abundance of baroque buildings created mostly under the rule of Empress Maria Theresia and Emperor Franz Joseph who was largely responsible for the monumental architecture round the Ringstrasse.

This five kilometre-long grand boulevard circles the city centre and gives structure to what was a walled settlement dating back to Roman days.

You will never be short of some things to do in this glorious city. It’s about getting out and discovering what is there, not relying on being shown the sights from a bus. 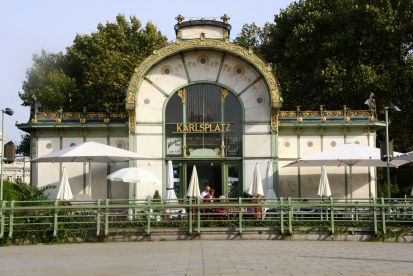 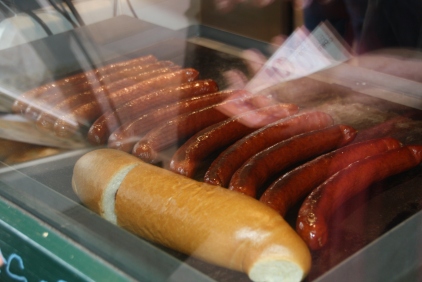 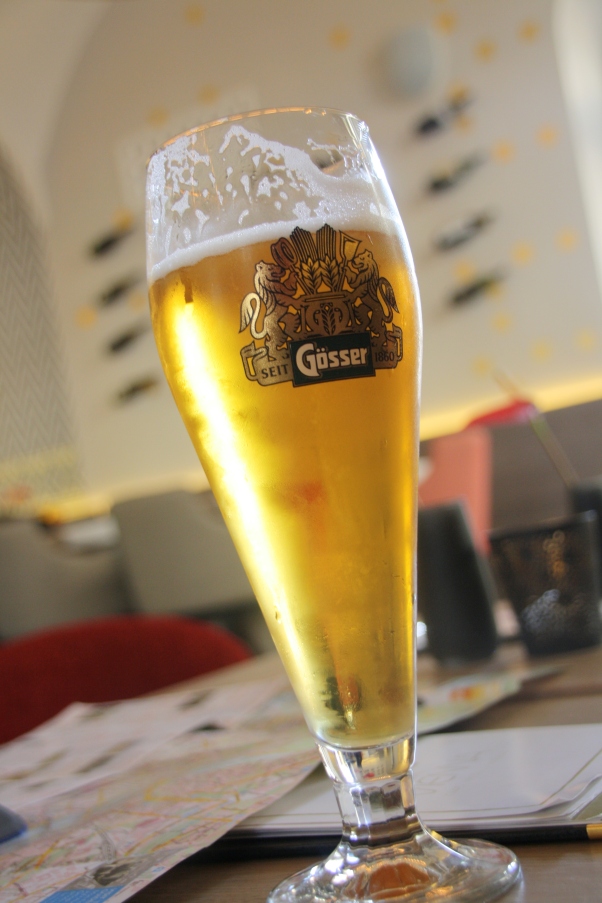 Music, arts, quirky coffee houses. People, places, all for the discovery in Vienna.

Schloss Schönbrunn, the former imperial summer residence, is one of the most popular sights. The sumptuous palace with the beautifully tended formal gardens, the Gloriette monument, the Palm House, and the zoo attract hordes of visitors each year.

The huge Hofburg (Imperial Palace) is an impressive repository of culture and heritage. It was the base of the Habsburgs for more than six centuries.

The splendid baroque Belvedere Palace today houses the Österreichische Galerie (Austrian Gallery) displaying the largest collection of works by Klimt and Kokoschka as well as famous paintings by Schiele. 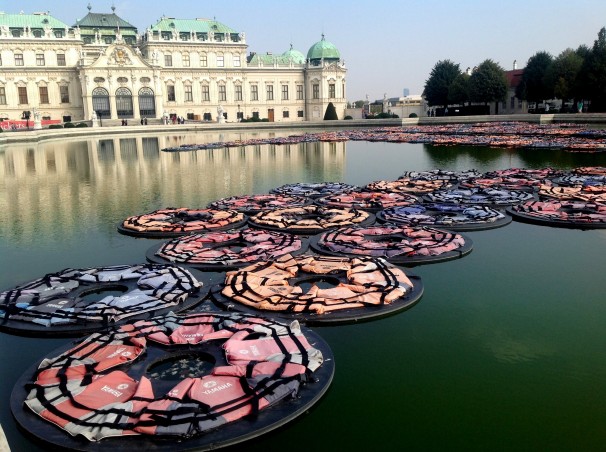 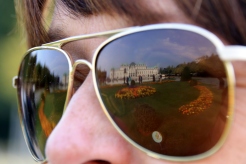 It was on the initiative of Gustav Klimt and other artists that the Moderne Galerie was founded in 1903, the institution that has evolved into the Belvedere. The aim was to create a place for contemporary Austrian art and to present this in an international context.

The collection’s undisputed highlight is Klimt’s world-famous masterpiece the Kiss (Lovers), a depiction of lovers locked together in an embrace.

Covering a surface of almost four square metres and painted in 1908, it was passionate yet considered appalling at the time. It embodies the temperament of the turn of the century.

The Belvedere holds the world’s largest collection of oil paintings by this iconic artist, including another masterpiece from his Golden Period, Judith.

His monumental Beethoven Frieze is displayed at the Vienna Secession, a distinctive golden-domed building created in 1897 near Karlsplatz for artists objected to the prevailing conservatism of the Vienna Künstlerhaus with its traditional orientation toward historic works.

Vienna’s prime landmarks are the gothic Stephansdom (St Stephen’s Cathedral) and the Spanish Riding School with their world-famous Lipizzaner horses.

After World War II Vienna was divided into four, like Berlin, which is where the classic post-war movie The Third Man originated. 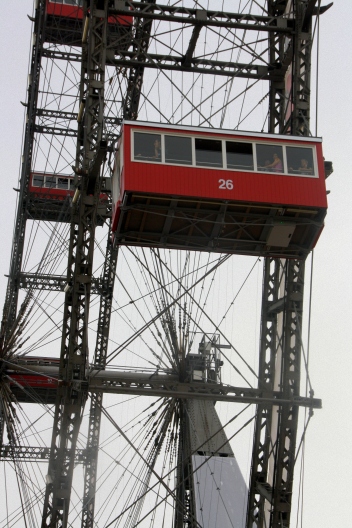 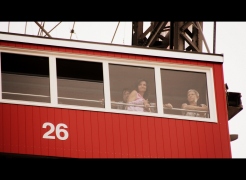 Set in the cobbled streets, the sewers and the Giant Ferris Wheel in the Prater, Vienna’s old recreational park, it starred Orson Wells and Joseph Cotton.

The Third Man walking tour is regarded as one of the best you can do, but bookings are naturally heavy. The Giant Ferris Wheel was built in 1896/97 by the British engineer Walter Basset along with similar panorama wheels in Chicago, London, Blackpool and Paris.

Vienna is where you can enjoy a beer at a boutique hotel, a beer cellar or a festival in the Prater.

It is also where you contemplate the life rafts used by refugees fleeing the war-torn Middle East or Northern Africa, now arranged on the lake in front of the Belvedere Palace and its many art treasures. 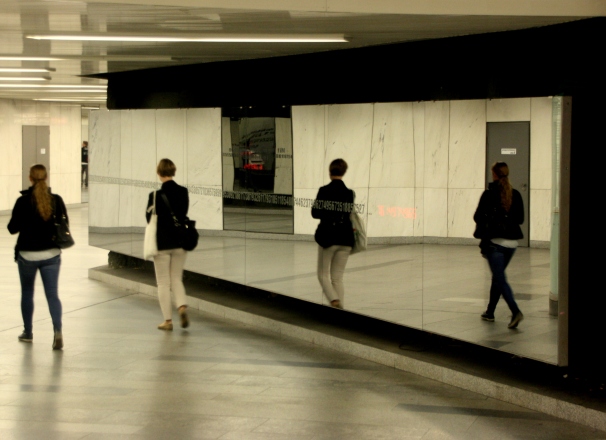 Then there is the conundrum that is the hundreds of numbers computing in the mirrored walls of the Karlsplatz underpass. What do they mean – the number of shares being traded on the stock exchange, the number of stars in the sky, the calculation of Pi?

Vienna is where you come across people catching the last warming rays of the autumn sun, a ride on a horse and carriage or the free yellow trams that circle the city centre.

Vienna is one of the world’s most liveable cities. But why?

A public transport system that is the envy of the world. Less stress perhaps.

Life isn’t easy anywhere in today’s world yet it’s easier with a roof over your head, especially one that doesn’t break the bank.

Housing costs in Vienna are influenced by an innovative social housing program. It was commenced during the “red era” of the city council in the early 20th century. 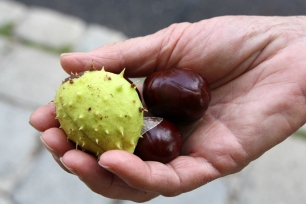 A continuous building program, still in operation for almost 100 years and of which the citizens are proud, ensures that a supply of apartments is available. Rents are affordable.

Coupled with an efficient and inexpensive transport system, this enables workers to thrive without those huge investments in a house and vehicle.

By dodging those two large investments there would be money and time to enjoy all that Vienna and surrounds has to offer. 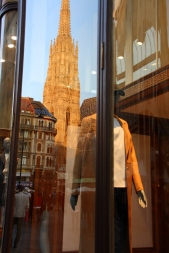 There is no monarchy now in Austria yet many like to keep the old family names from the days when it was the heart of Europe … mainly for booking tickets to the theatre and at restaurants. 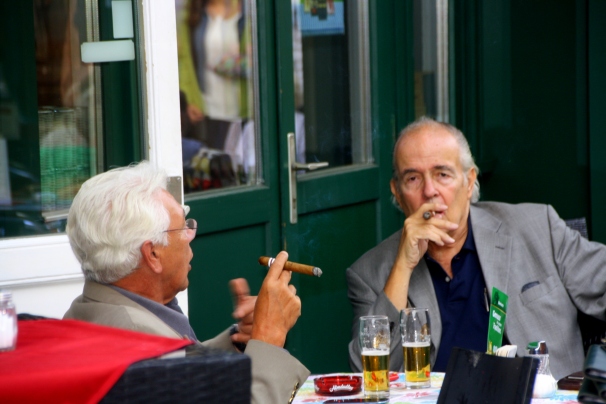